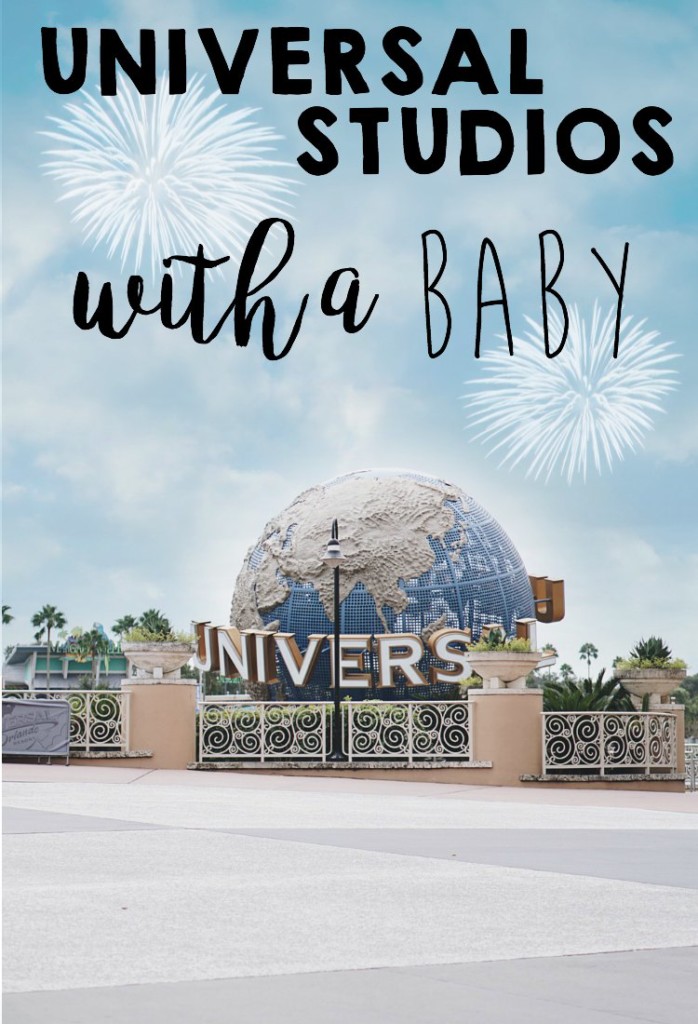 We are die-hard Disney fans. We have annual passes and have taken Gracie 4 or 5 times already (oh my, I actually lost count). We love Disney and everything about the parks. However, we’ve been dying to take her to Universal Studios! It sort of felt like we were cheating on our first love, Disney. But we had so much fun! A lot of things are different in Universal than Disney World. So, I wanted to share 10 tips for taking a toddler to Universal (for Disney Fans). 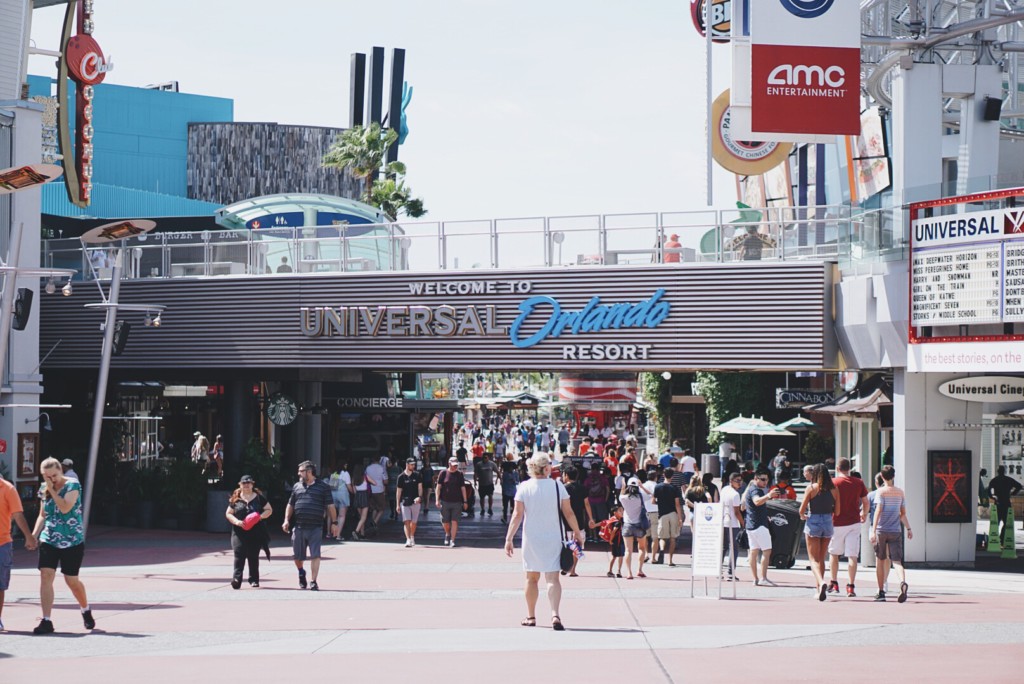 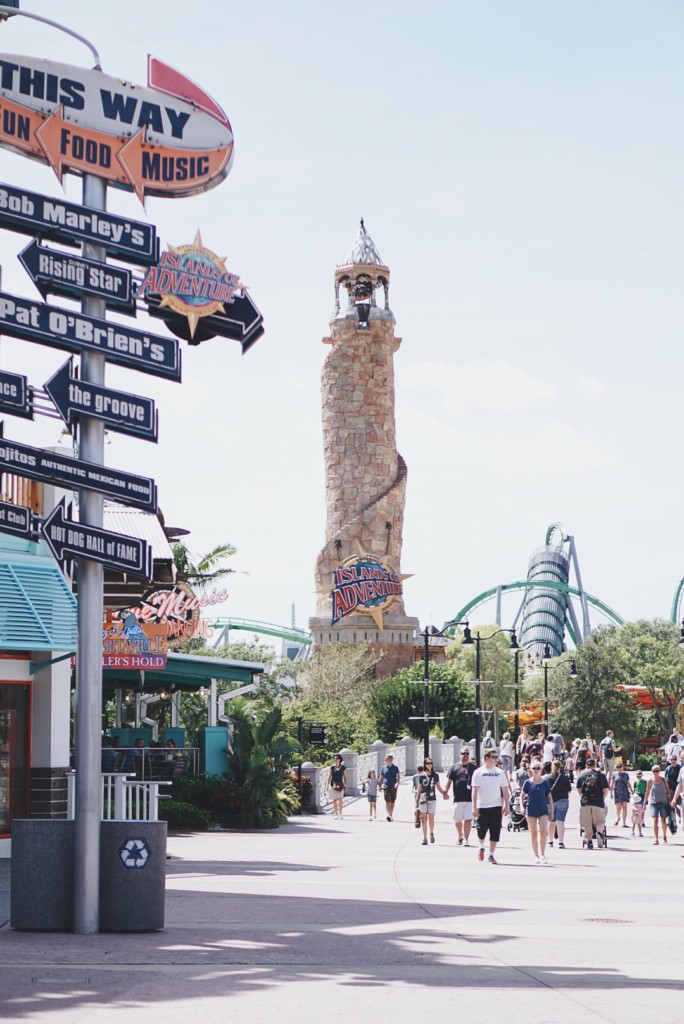 1// EXPRESS PASS – The express pass is SO necessary. Disney fans know that you get three free fast passes for any ride. However, at universal you have to buy an express pass if you want to skip the long lines. This was SO worth it. We got the unlimited express pass, which means you can ride any ride (except a few Harry Potter rides) any amount of time. I don’t think you necessarily have to get the unlimited pass- but definitely purchase the extra express pass! You won’t regret it. 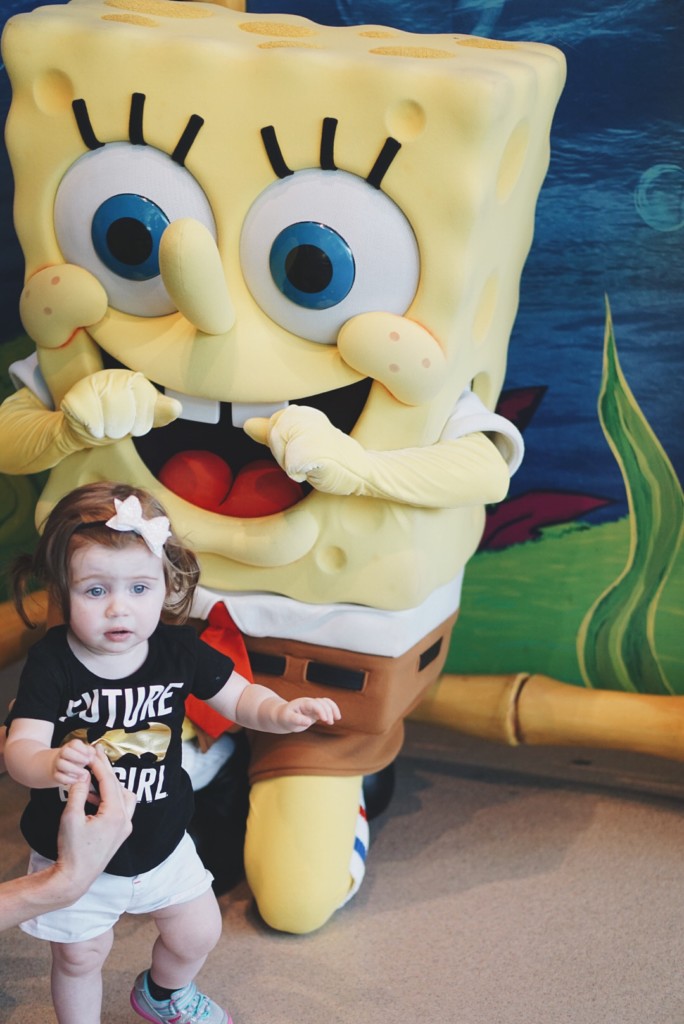 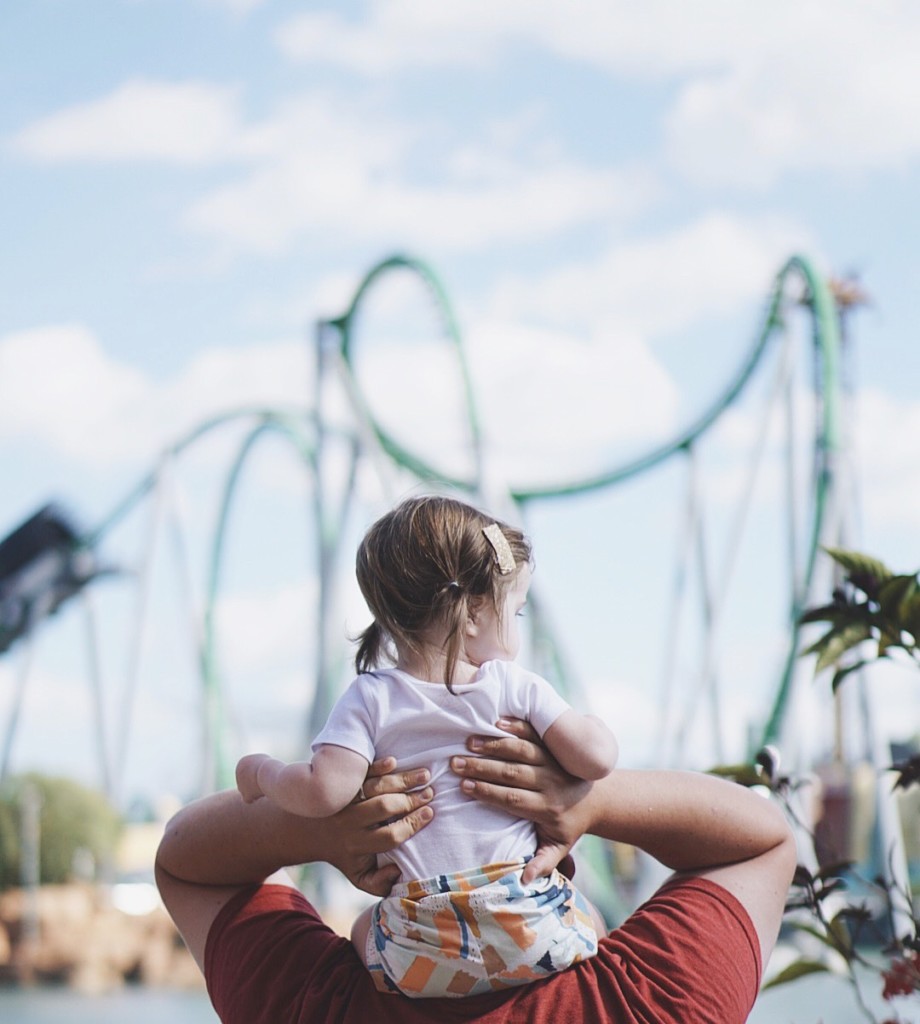 2// DON’T GET THE MEAL PLAN –We LOVE the Disney meal plan. We always get it when we go. So, naturally we wanted to get the Universal Studios meal plan too. Bad idea. The meal plan works so differently than disney. We got the plan where you can get 2 quick service meals, 2 snacks, and 4 drinks. First of all, this was way too much food. But second of all, you can’t use your “snack” at a lot of places. For example, a “snack” on the Disney meal plan can get you ANY DRINK and any size at starbucks. On the Universal Dining plan, you can only get black coffee with your “snack”. Um, no. It’s really not worth the value. I would just pay for each meal and snack. 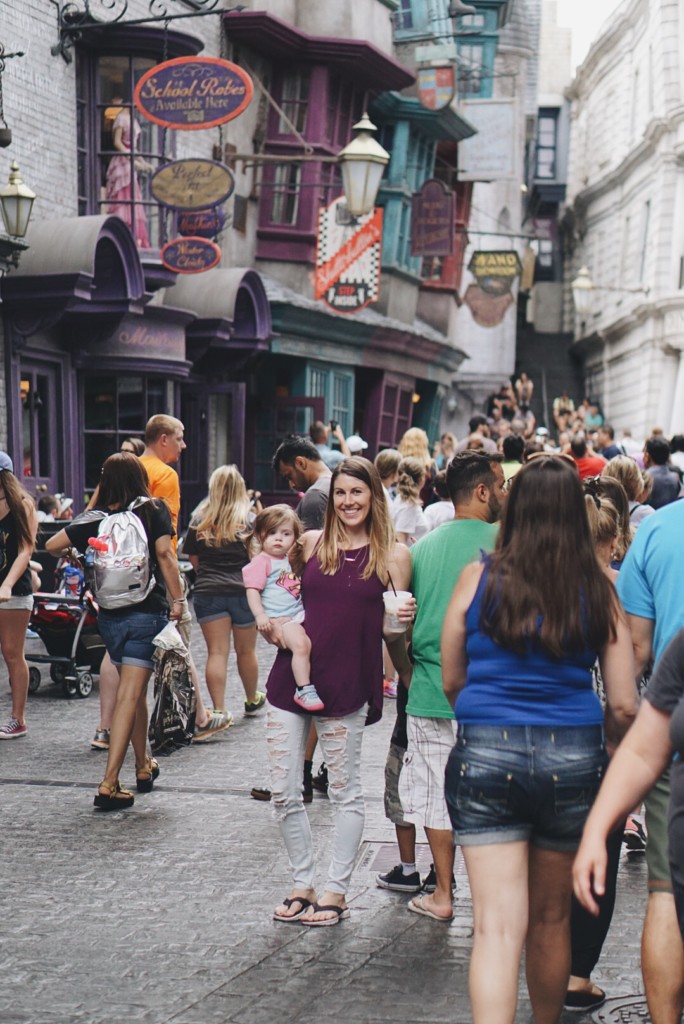 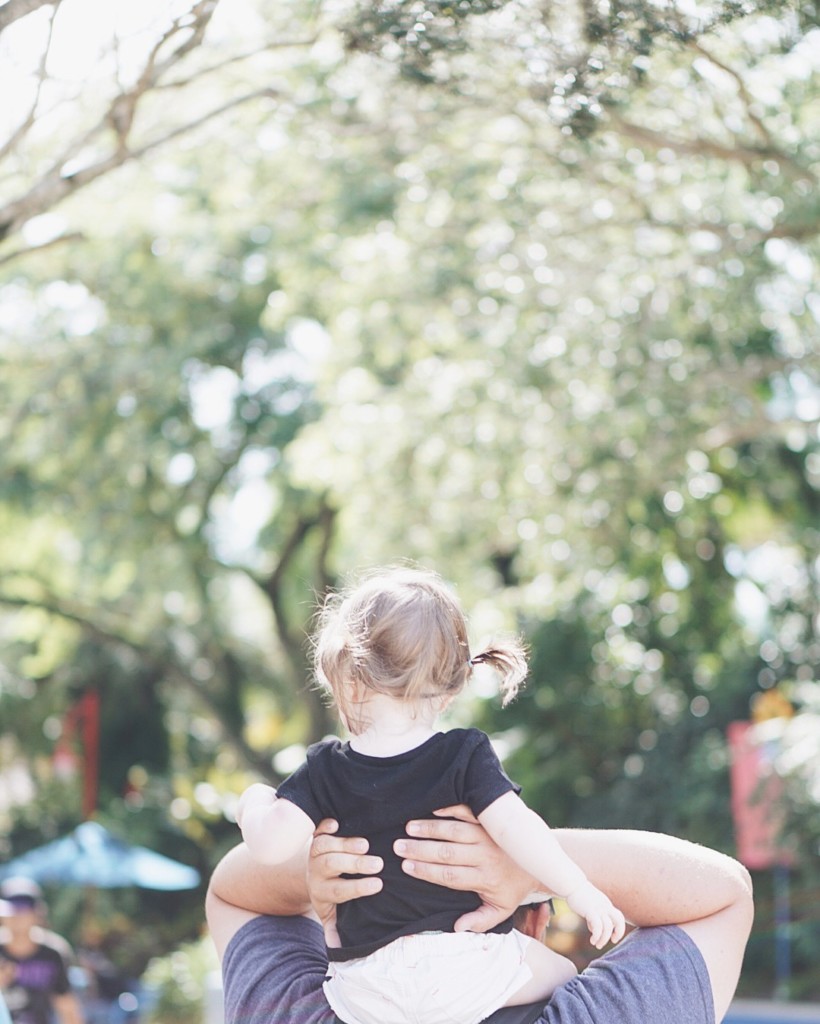 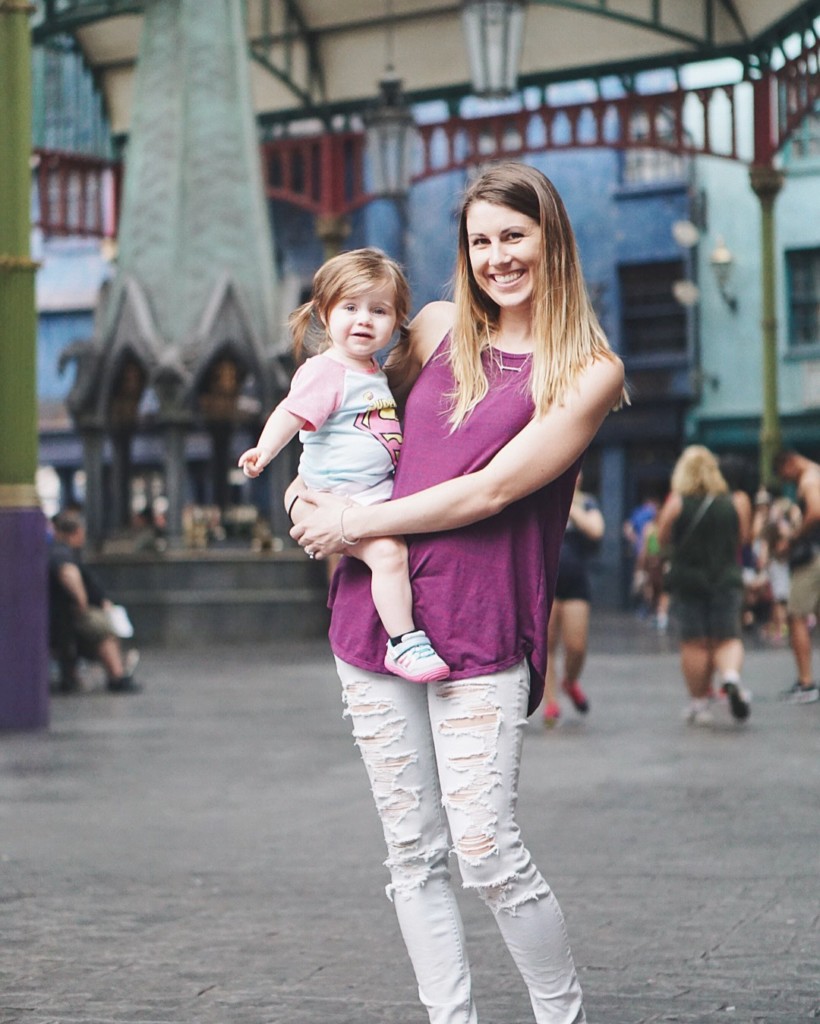 3// THE RIDES- At Disney, there are SO many rides that you can go on with babies and toddlers. It’s actually easier to tell you the rides baby CAN’T ride at Disney. However, at Universal, it seems like they have a more strict height policy for their rides. Most rides require riders to be at least 36″ tall, although most were 40″ tall. The rides that you can take baby on are the Harry Potter Train, Despicable Me (only the stationary seating), Shrek, Caro-Suess-El, Dr. Seuss One Fish Two Fish, Twirl and Hurl. There are also a few shows that your baby or toddler would love. Gracie loved the Barney Show. 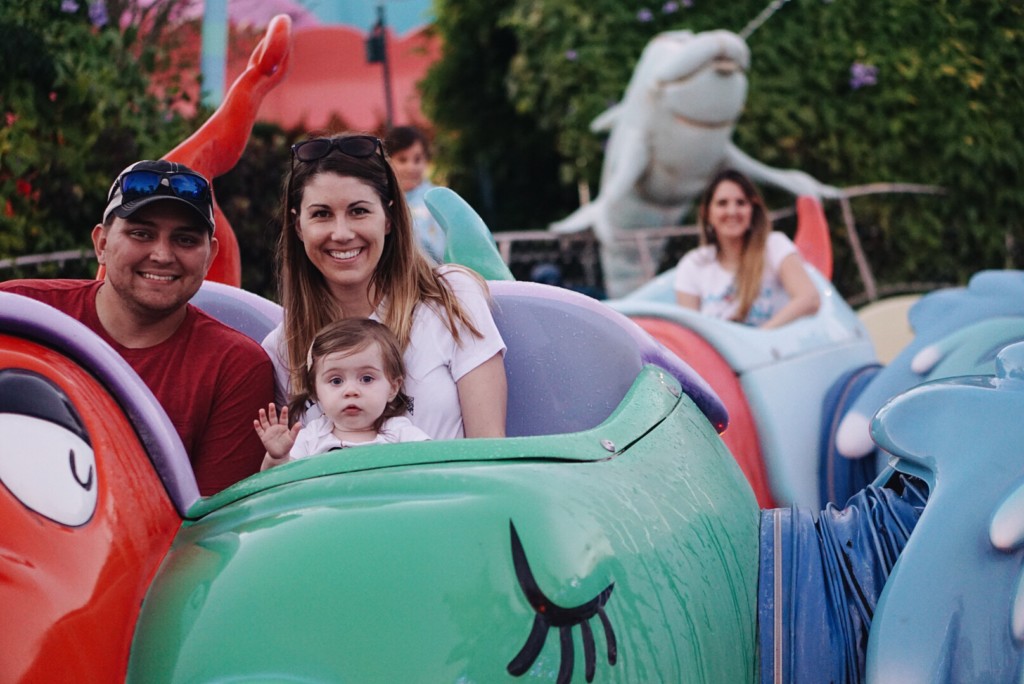 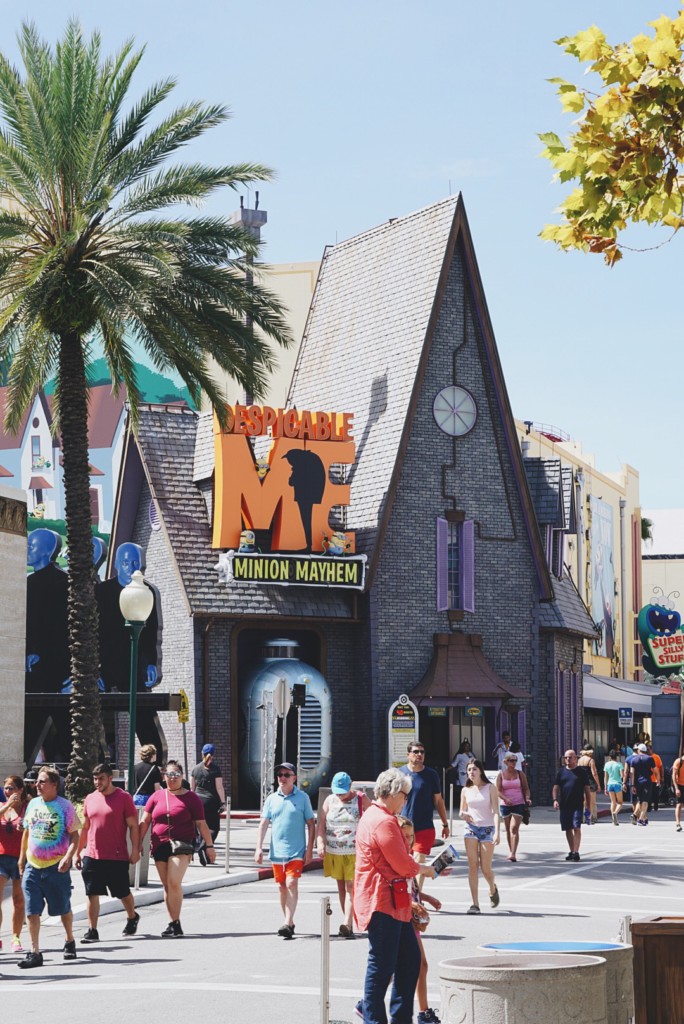 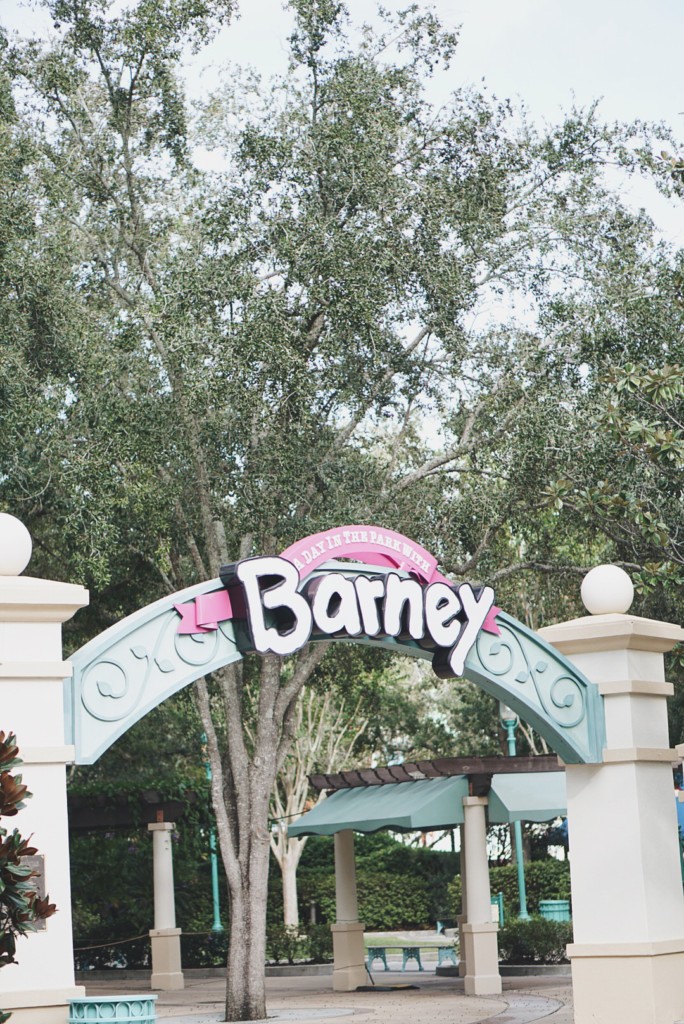 4// PLAY AREAS –One thing we fell in love with at Universal was all the baby play areas around the park! Disney doesn’t really have spots for kids to just RUN AROUND. We ran into several play areas that Gracie loved. She just started walking a few months ago, so for her to get out of the stroller to play and run was huge. These play areas were some of her favorite moments on our trip! Our favorite play area was in the Dr. Seuss land! We had a blast. 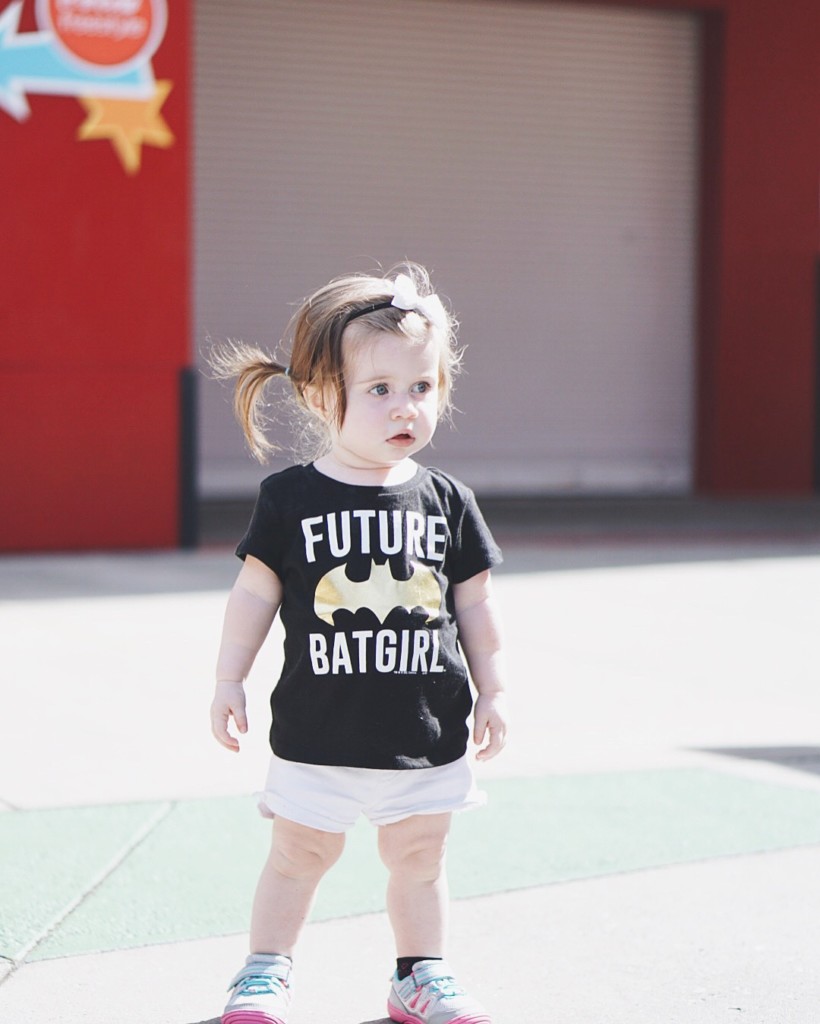 5//CHILD SWAP –In Disney this service is called Rider Switch. Basically if you have a baby or toddler that can’t ride a ride because of a height requirement, your whole group goes up to the line and tells the cast member you need to use Rider Switch. The Cast Member gives the waiting portion a pass (sort or like a FastPass) and the riding portion of the group waits in line. When that group is done, the other half (waiting with baby) doesn’t have to wait in line. Universal has a similar system, although instead of the waiting group waiting wherever they want, you have to wait in the Child Swap room. It’s actually kind of nice because then your party can be inside, in the cold air waiting. 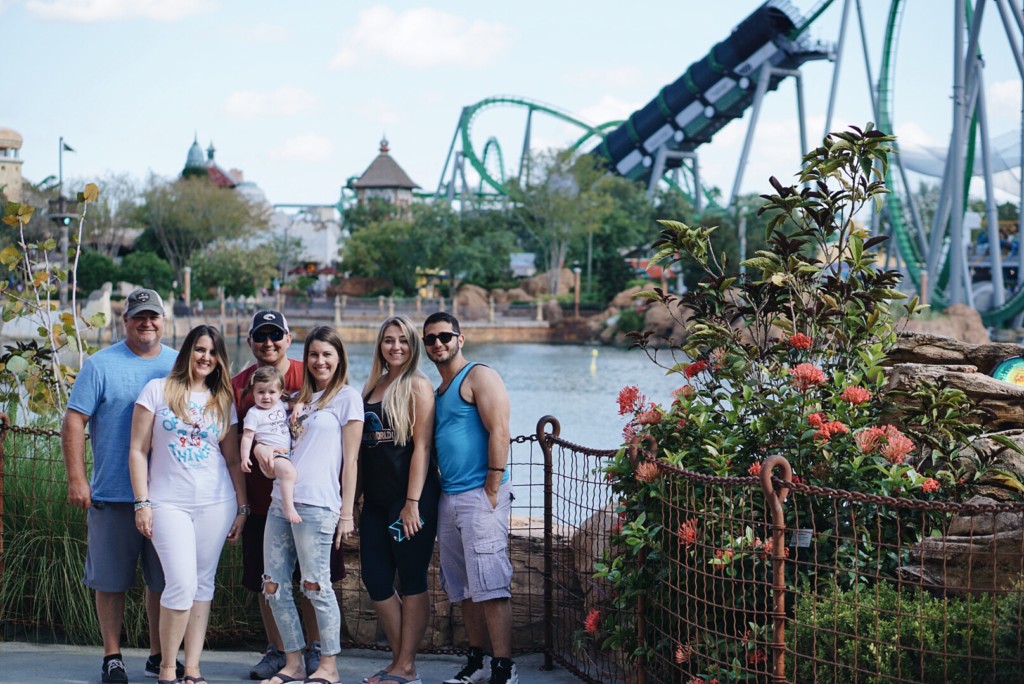 6//SWIM SUIT NEEDED – As we walked around Universal, we kept stumbling upon water play areas for kids. I mentioned all the play areas for kids to run around in earlier. Well, lots of those play areas have water and splash pads. This is so awesome for HOT, sunny, South Florida. Just make sure you bring a swim suit or a change of clothes for baby. We definitely forgot, and totally regretted it. The Curious George town is like full of water everywhere. 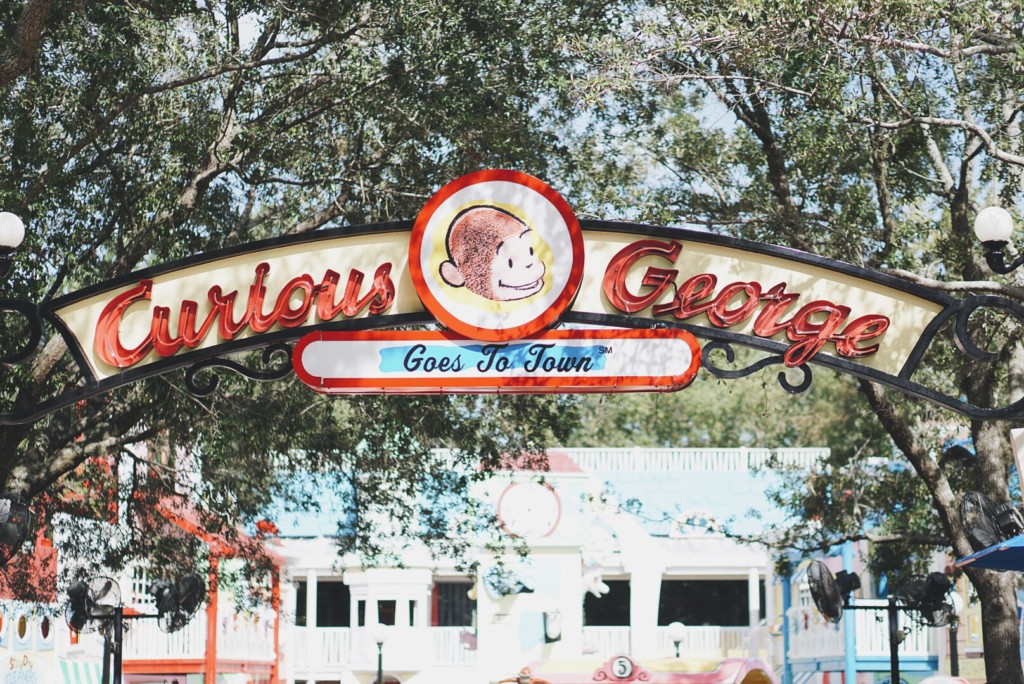 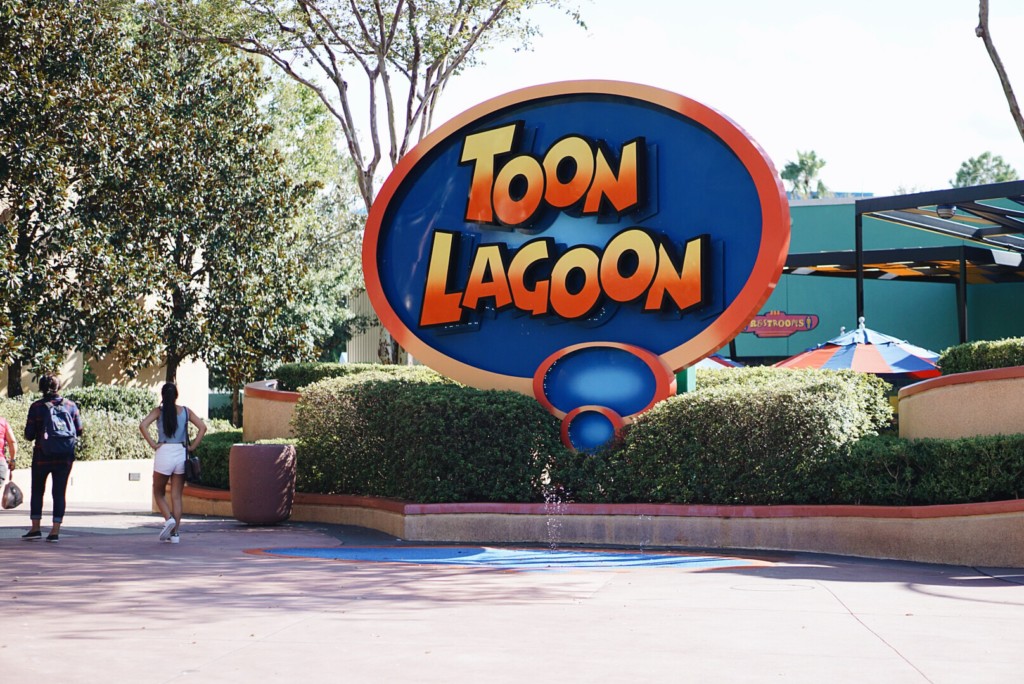 7//BUG SPRAY- While we were at Universal, they provided bug spray! There were several stations throughout the park with complimentary bug spray. Now this was most likely due to the Zika outbreak, but anyways- it was awesome! Definitely bring sunscreen though. 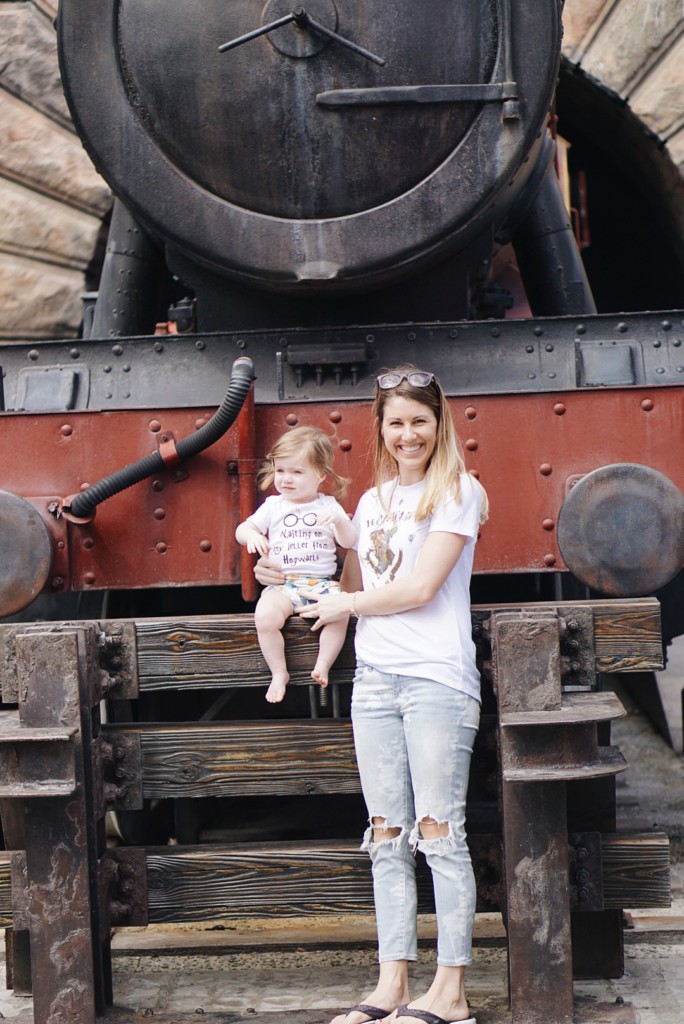 8//NURSING ROOM? – I’ve written before about Disney’s amazing baby care centers. They really are amazing. Universal does not have luxury rooms like Disney, but they DO have a room for nursing moms near the entrance! There are a few chairs and a changing table 🙂 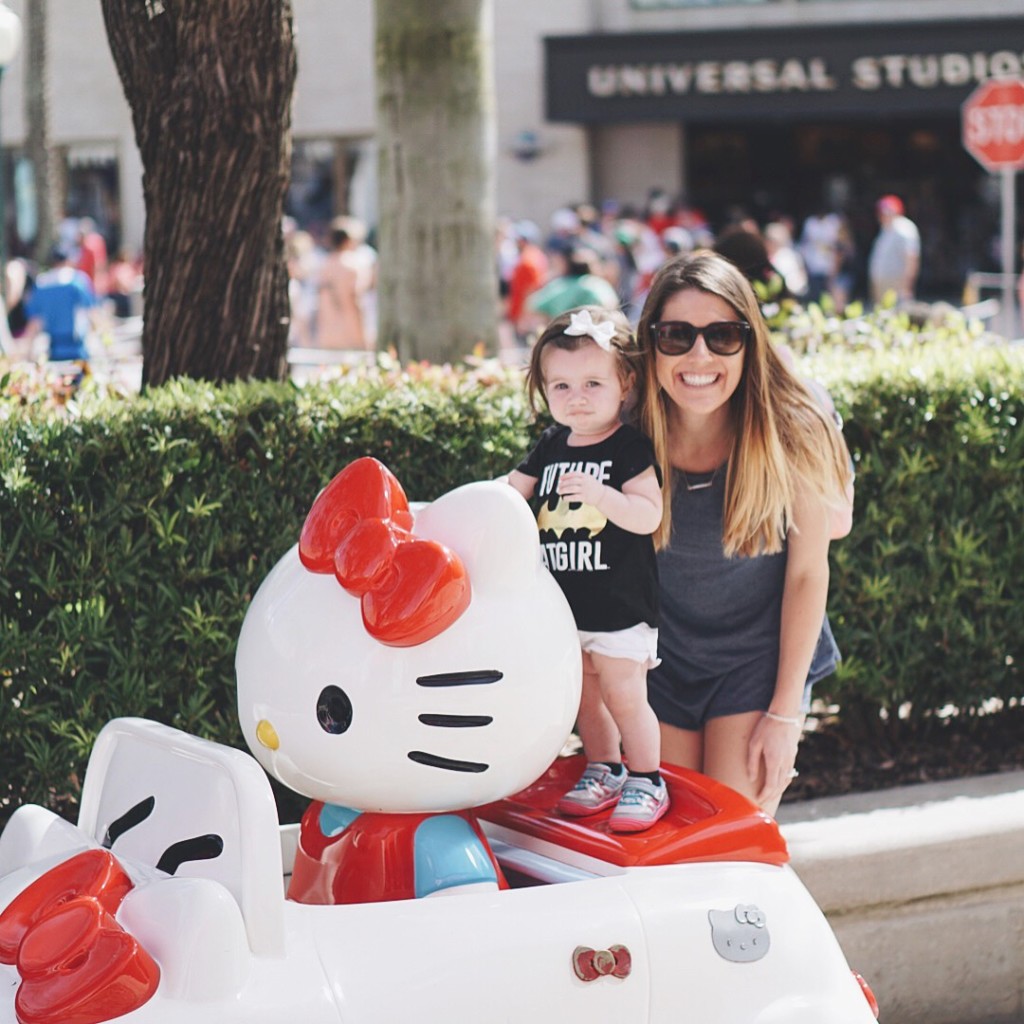 9//FOOD – We loved the food at Universal and were pleased at how many healthy options they had! Our favorite restaurants were Mythos (nice sit-down meal) and Monster Cafe (quick-serve style). DELISH! The taco food truck in the Simpsons land was also great! 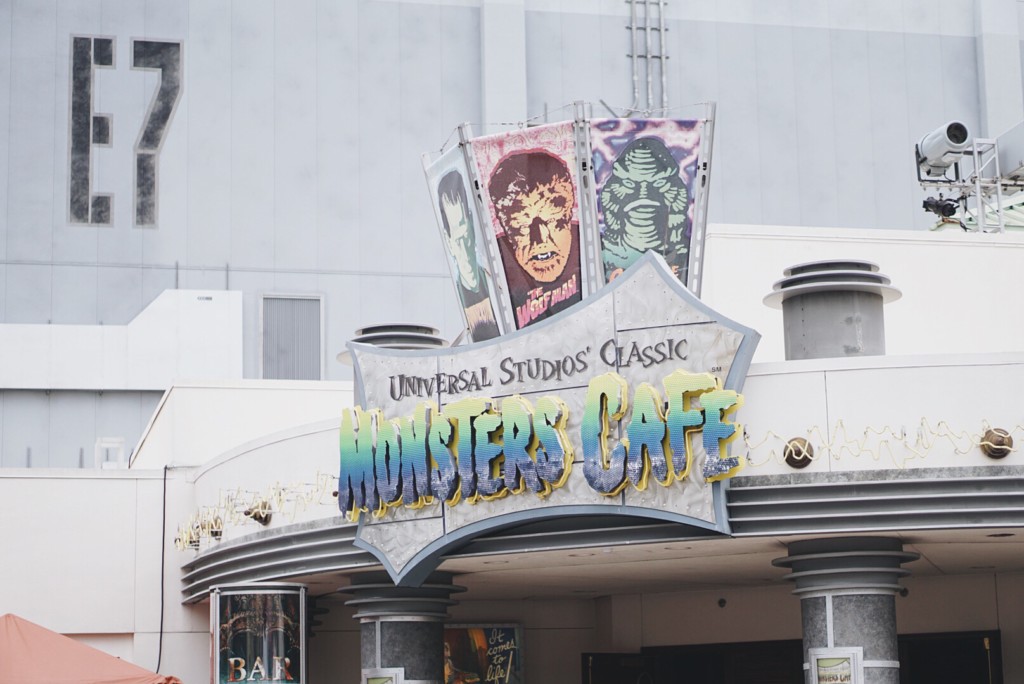 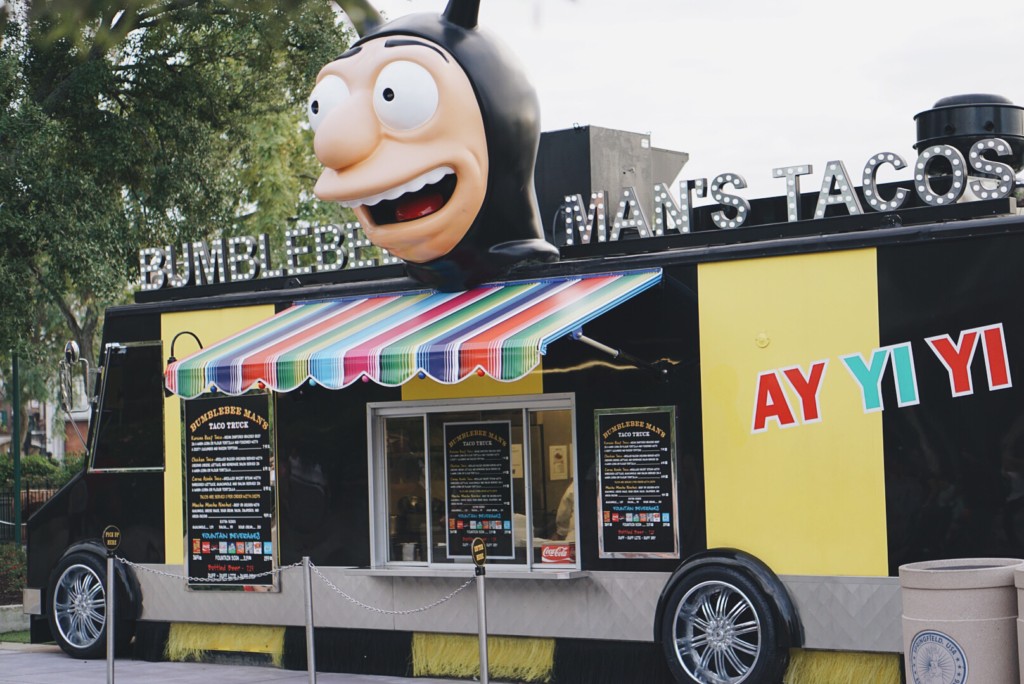 10//CUSTOMER SERVICE – We are used to Disney World, which means we are used to Disney’s level of customer service. We did notice that there were some not-so-friendly staff members, however for the most part everyone was nice! We ARE used to everyone saying “have a magical day” though. Hehe. 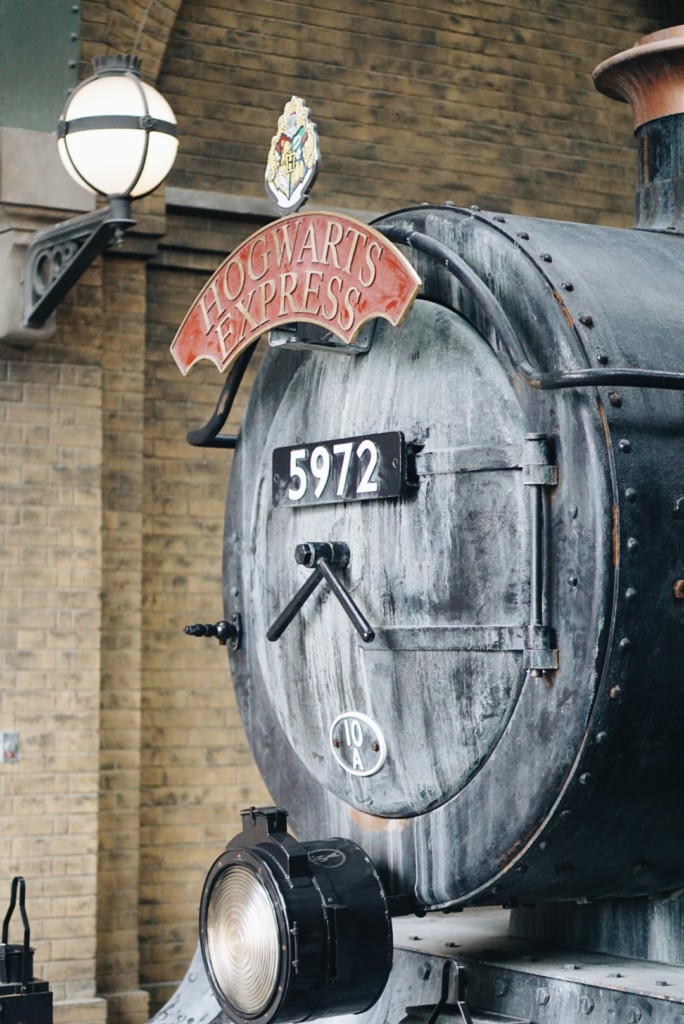 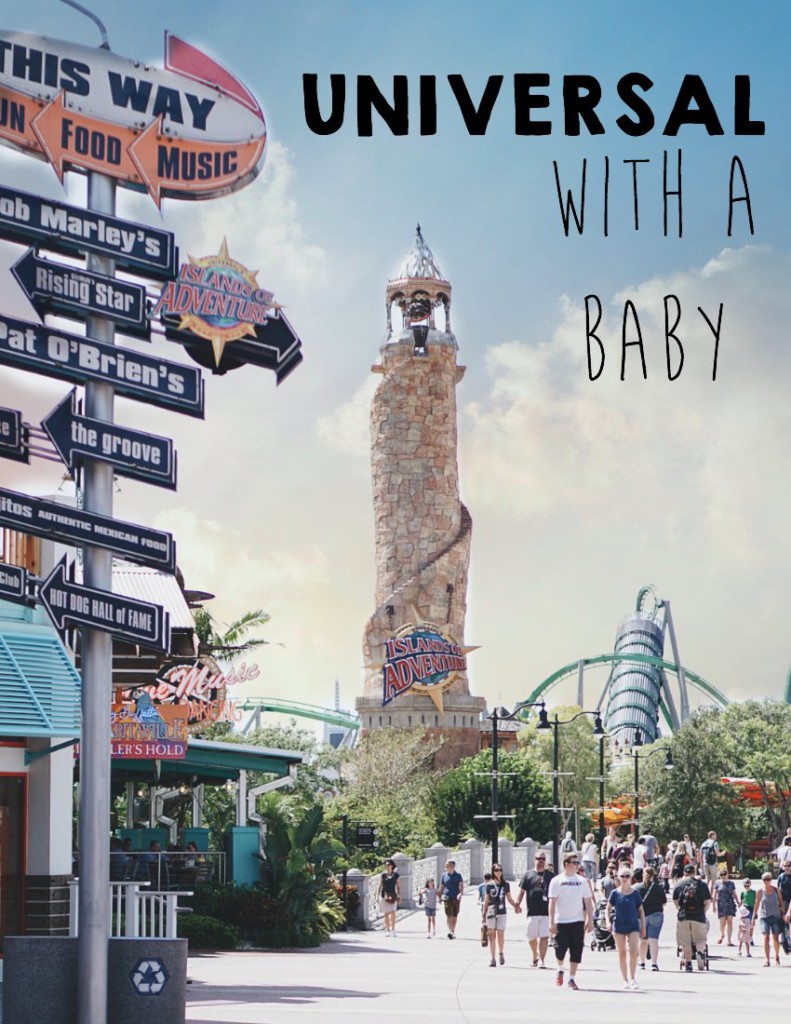