Our poor baby is sick! She got sick this past Tuesday with a fever + cold all of a sudden. Poor thing. It was pretty bad timing too because Gracie had a Burt’s Bees Baby photoshoot scheduled for Thursday + Friday in Naples. We had to cancel because she was just too sick. On top of the congestion and fever, Gracie’s also been throwing up :(. It’s the absolute worst to see your baby sick! I wanted to share some of the things that we’ve been using that have helped a little! 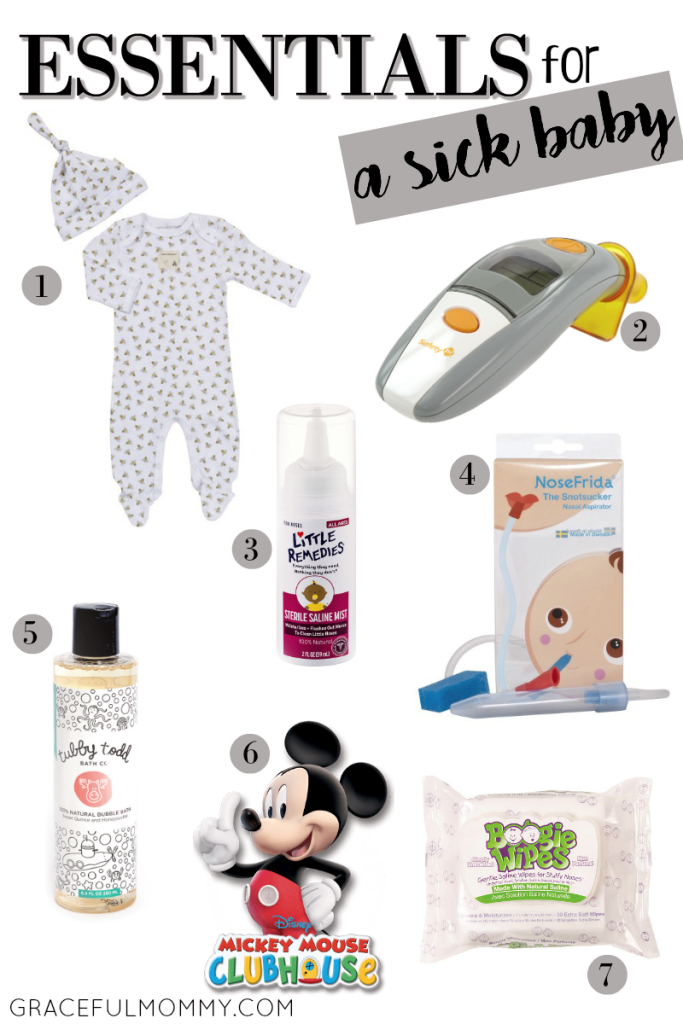 1// Burts Bees PJs – We had to get Gracie girl snuggled up in her Burts Bees jammies in honor of our missed photoshoot. We were so bummed about cancelling the Burts Bees photoshoot, but we didn’t want to push Gracie while she was so sick. Plus, a boogery, snotty, baby doesn’t do the “best” in photoshoots. Even though I still think Gracie is so adorable when she’s sick.

2//Ear thermometer– I love this thing. At first, we tried taking Gracie’s temperature with the under the armpit thermometer… Let me just tell you- the thing took what seemed like 5 minutes to read her temp. She was so squirmy + fussy the whole time and it was just a nightmare. We found this ear one, and it literally takes one second. Gracie doesn’t even realize it’s in her ear by the time it’s done. And it seems very accurate. This was a must have.

3//Saline mist– Gracie was so congested that she could not breathe out of her nose. I could just tell she was so uncomfortable. This is so helpful for clearing those tiny passage ways. Just quirt 3-4 quick sprays in each nostril, then use the snot sucker.

4//Snot Sucker– I know i’ve talked about this before. Yes, you suck the snot out of babies nose. It honestly is a life saver, though. Go on amazon and read the reviews for yourself.

5//Tubby Todd Bubble Bath– One of the things that can cheer Gracie up in an instant is a bath. Why not make it extra fun with this amazing smelling bubble bath. This is the best way to distract a sick baby from their… sickness.

6//Mickey Mouse Clubhouse– Another great distraction from sickness. Gracie was so extra cuddly while she was sick that we would just cuddle up and watch a few episodes. A little extra TV can never hurt anyone.

7//Boogie Wipes– I love these for cleaning Gracie’s yucky nose up! Much better than regular wipes because they have saline in them. They are more gentle on baby’s skin! 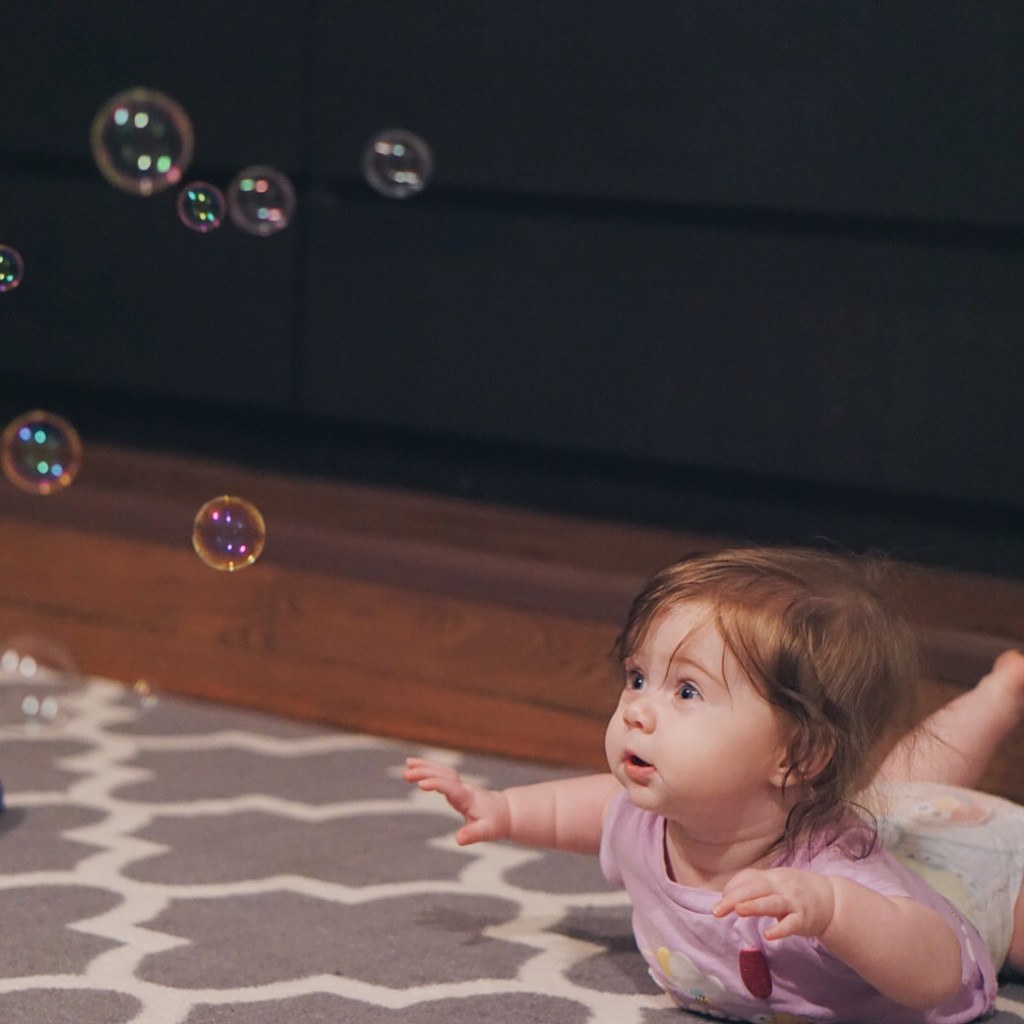 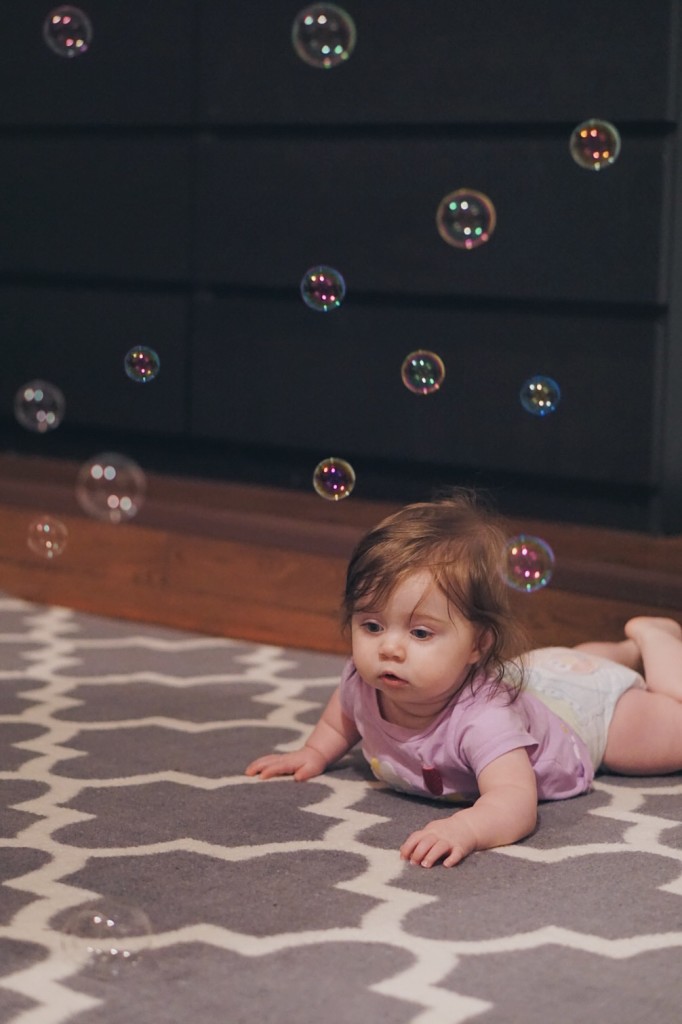