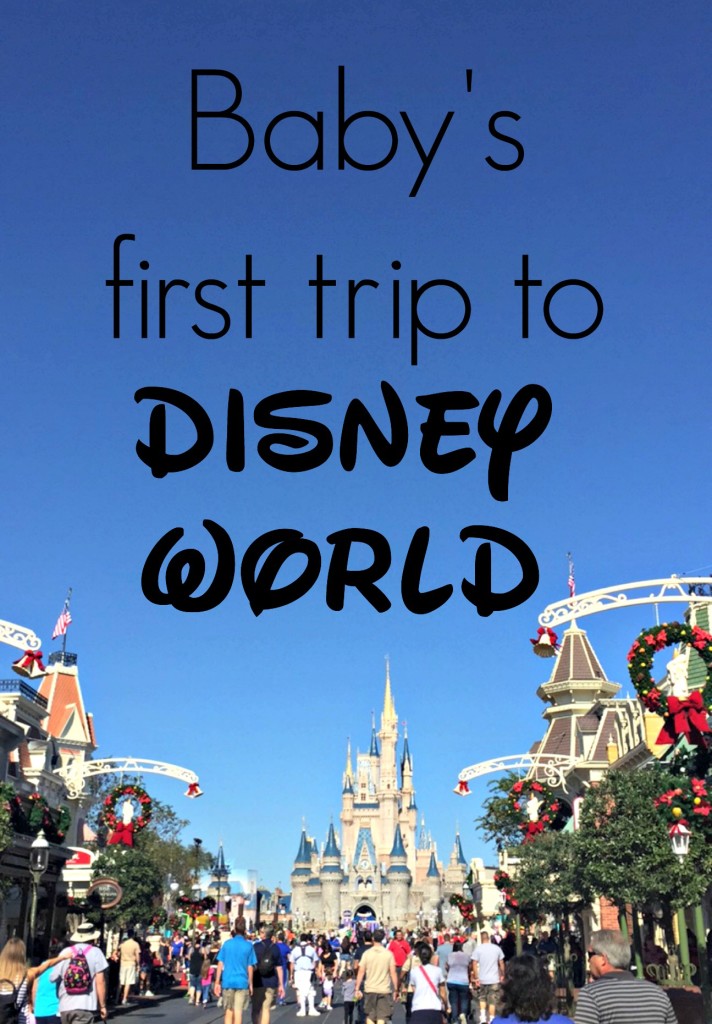 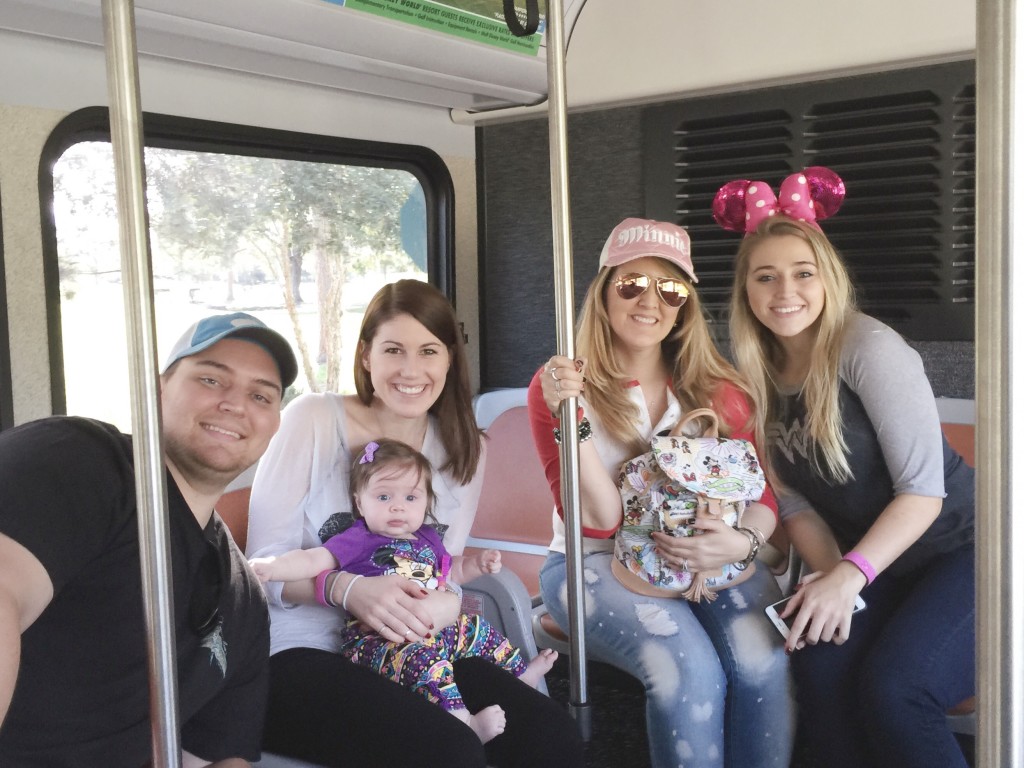 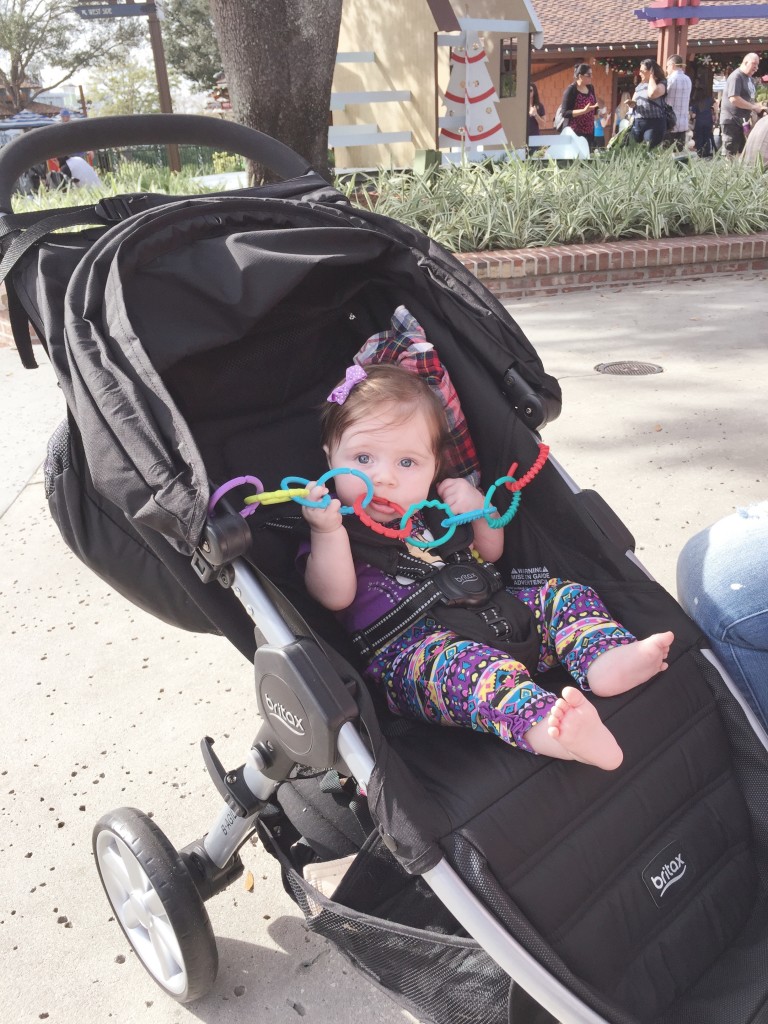 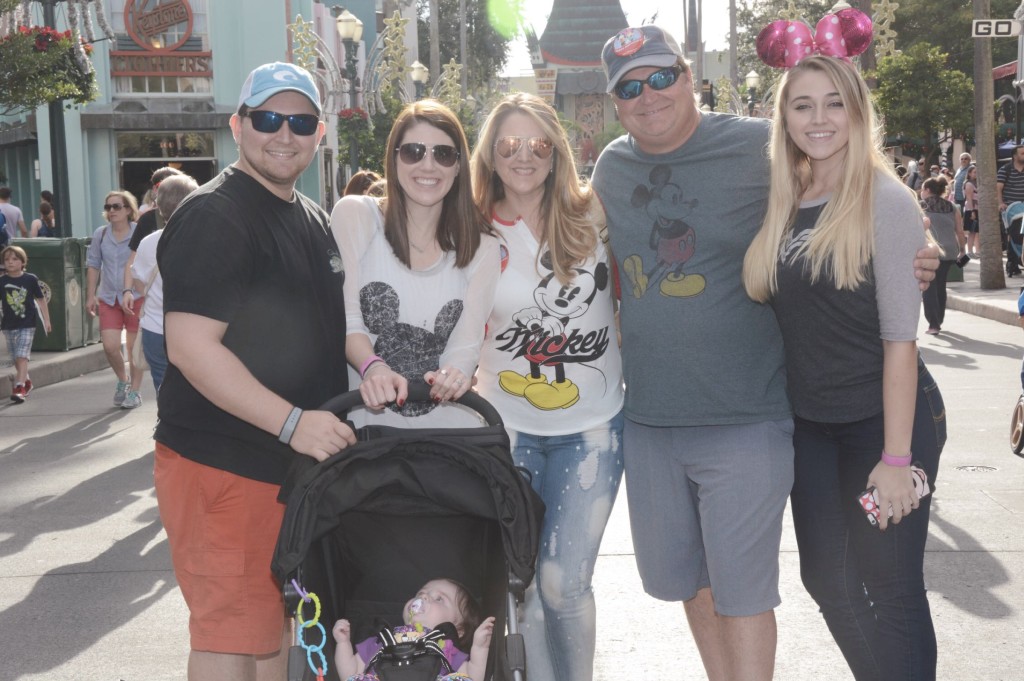 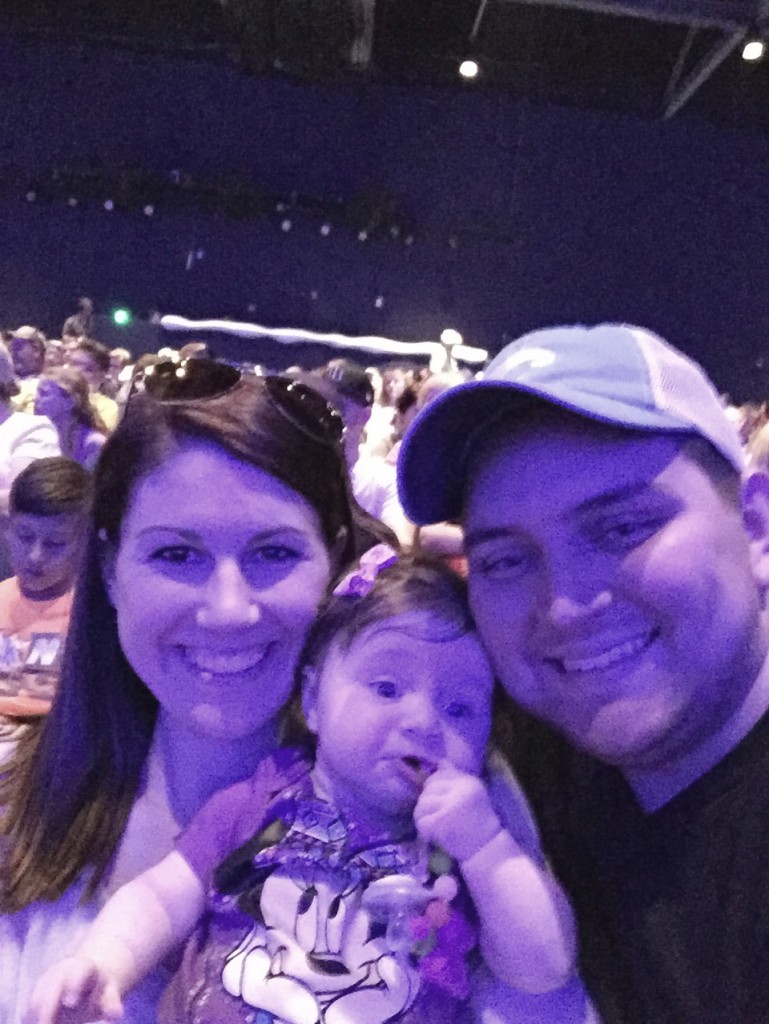 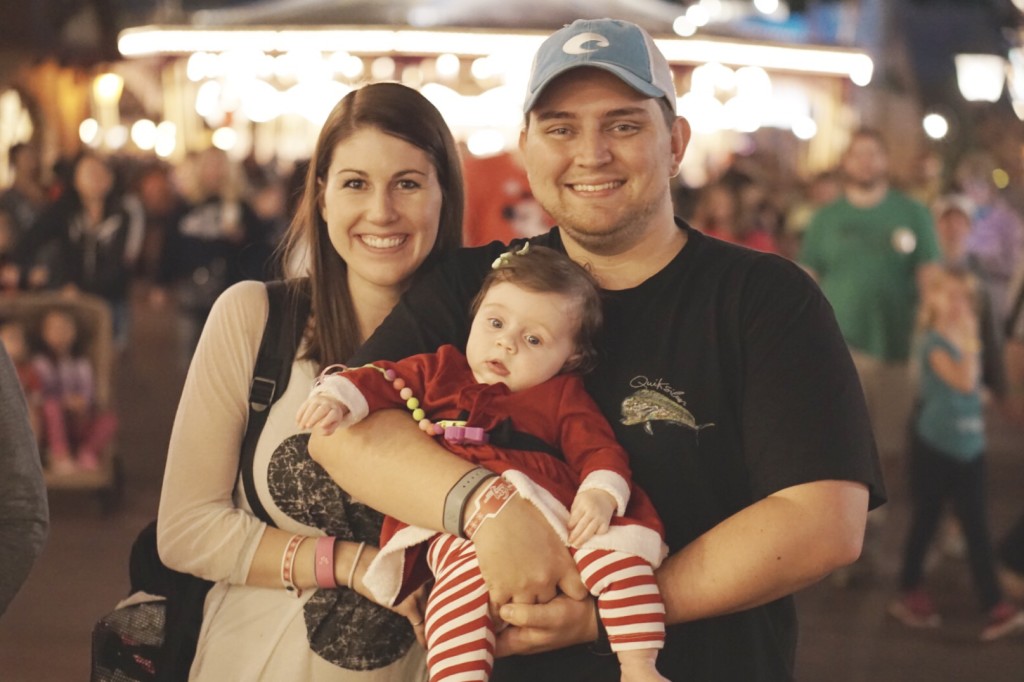 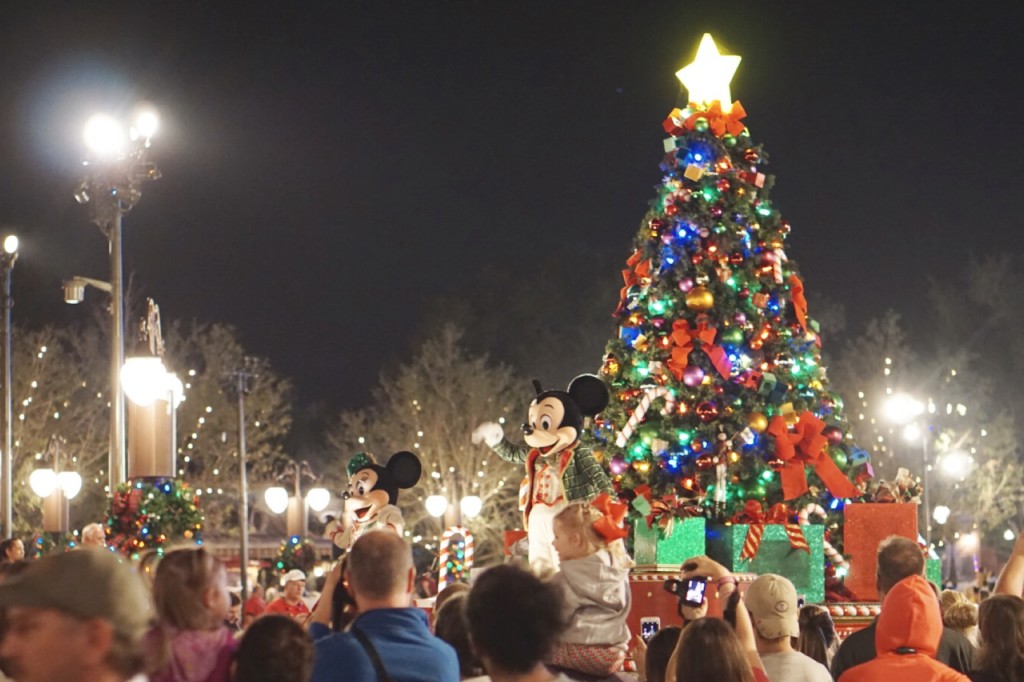 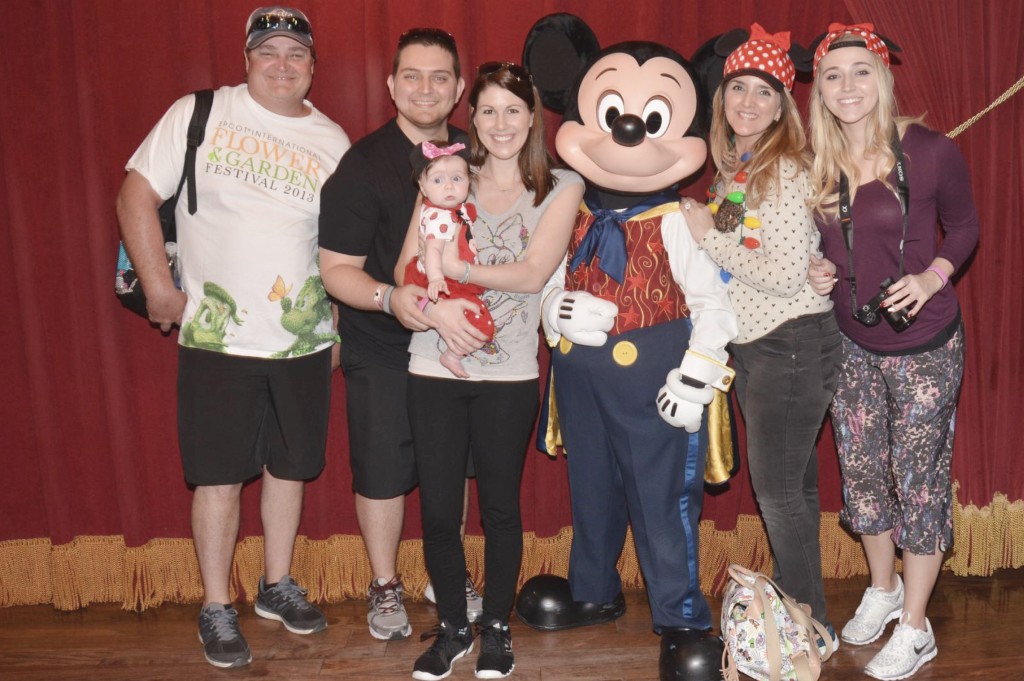 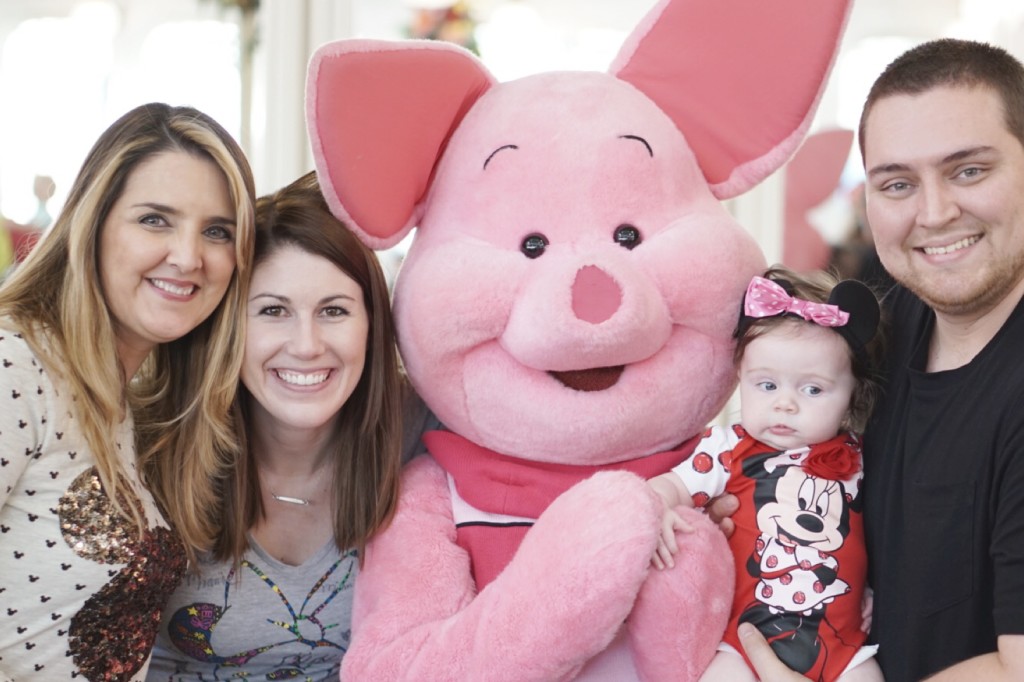 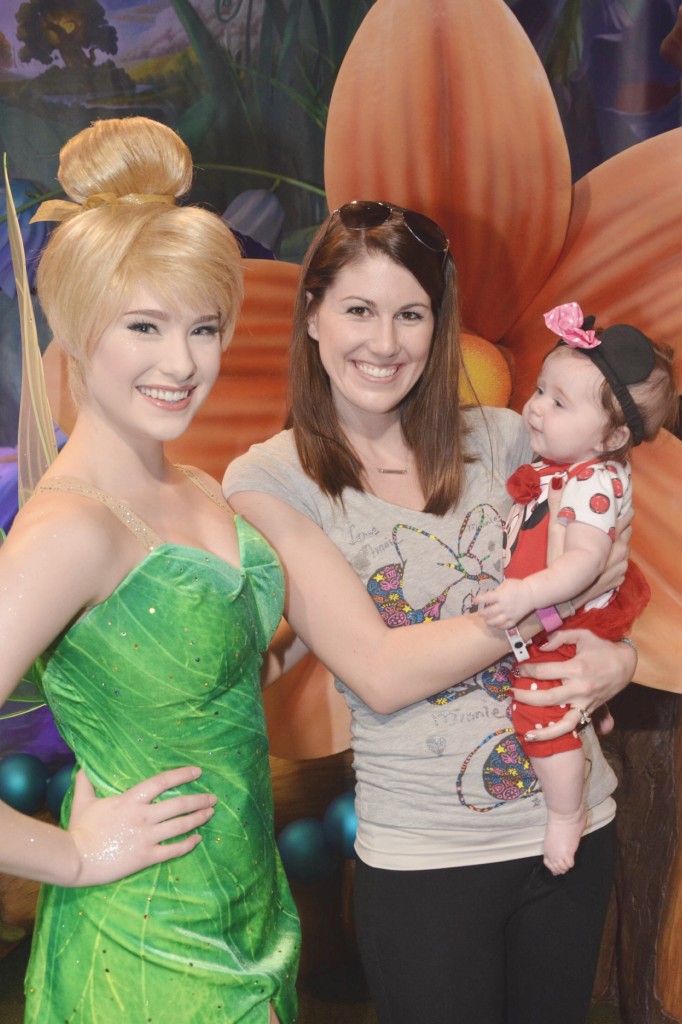 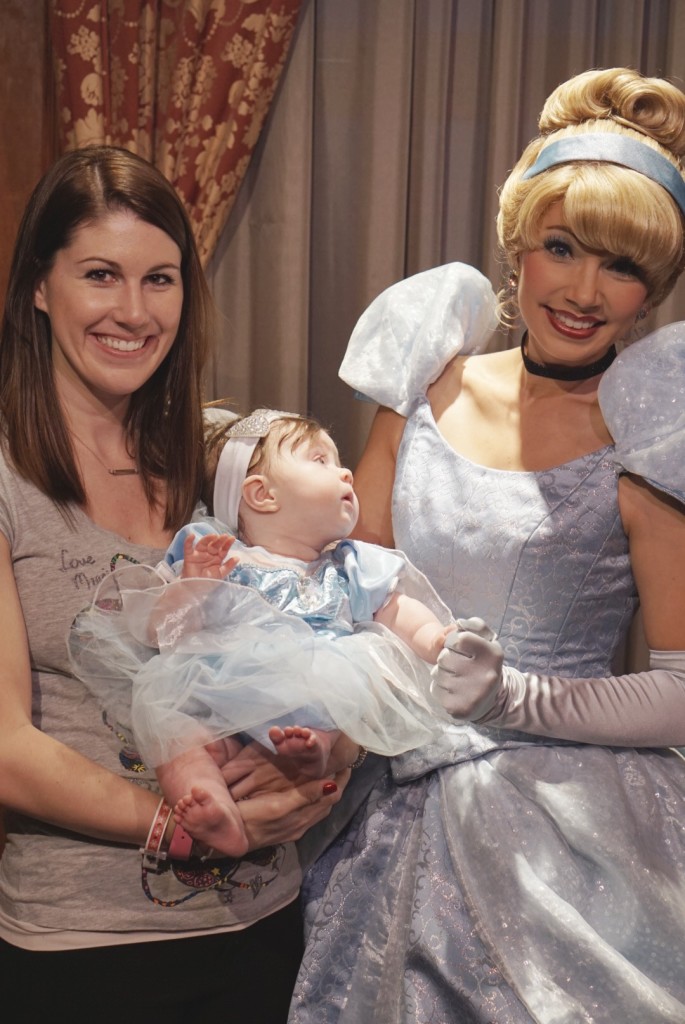 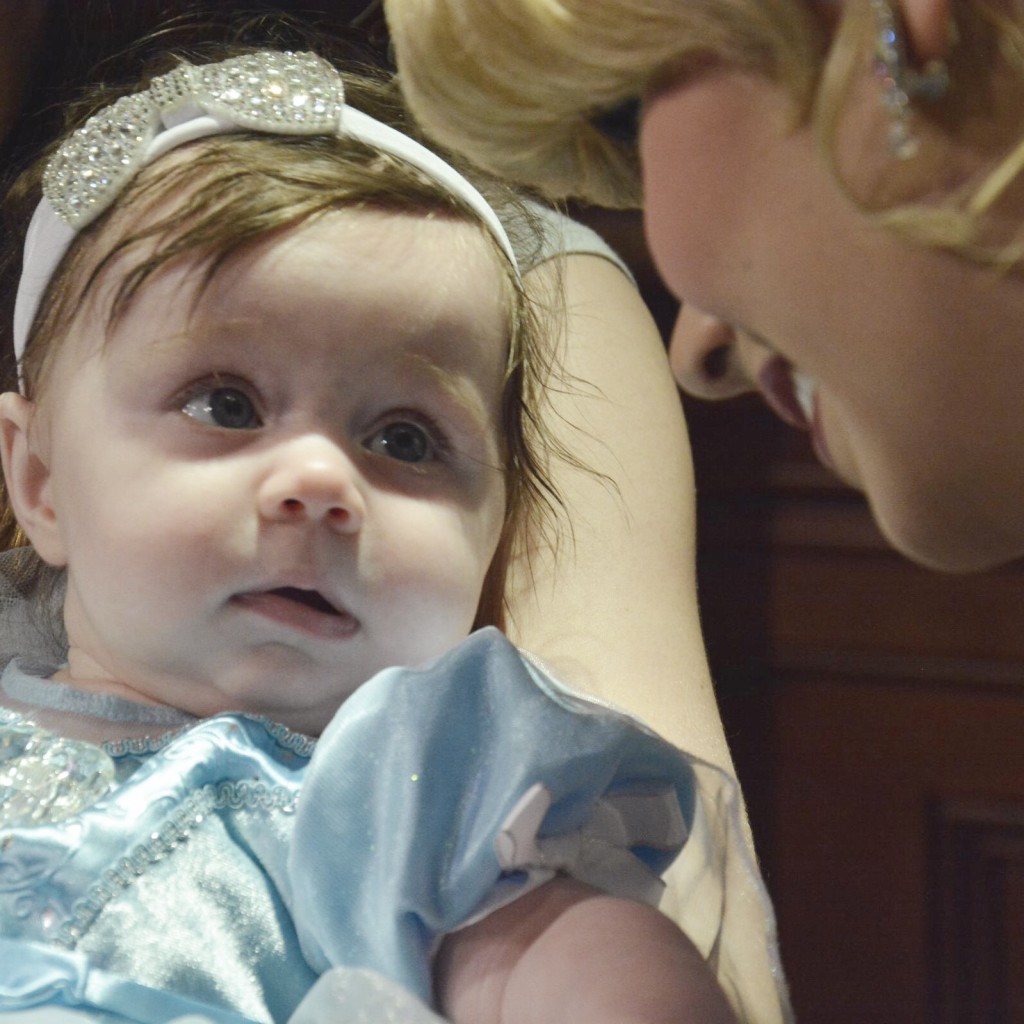 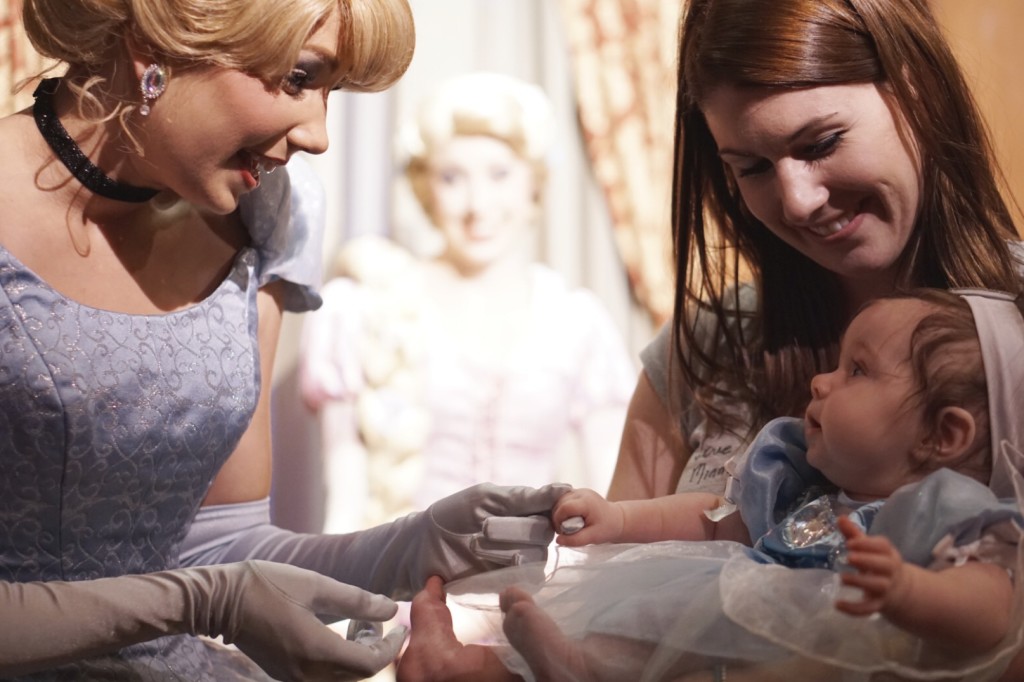 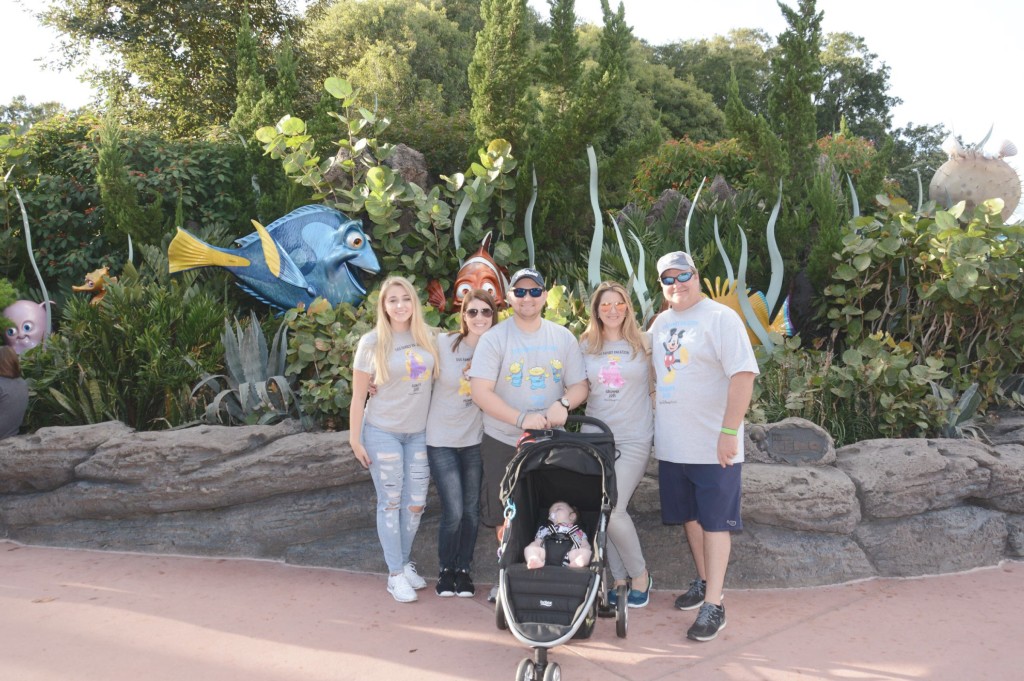 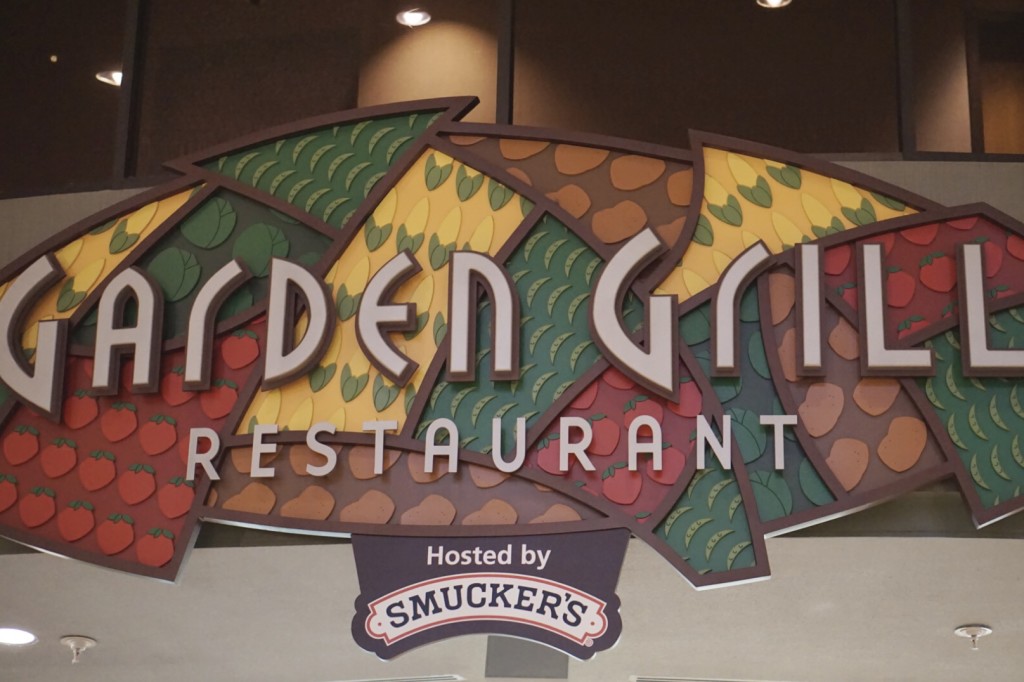 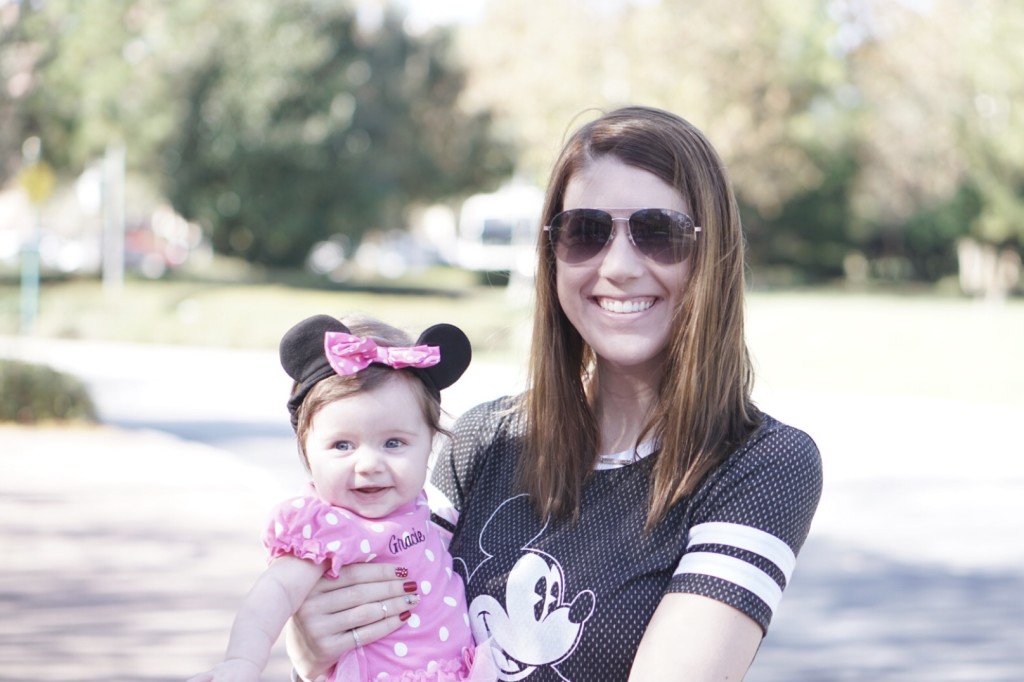 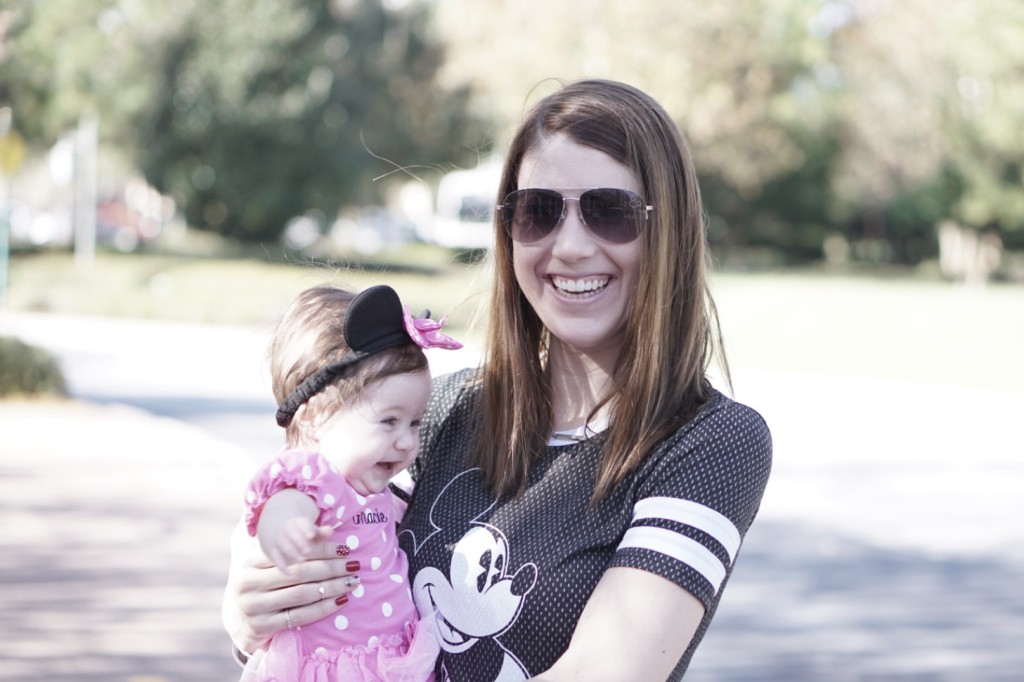 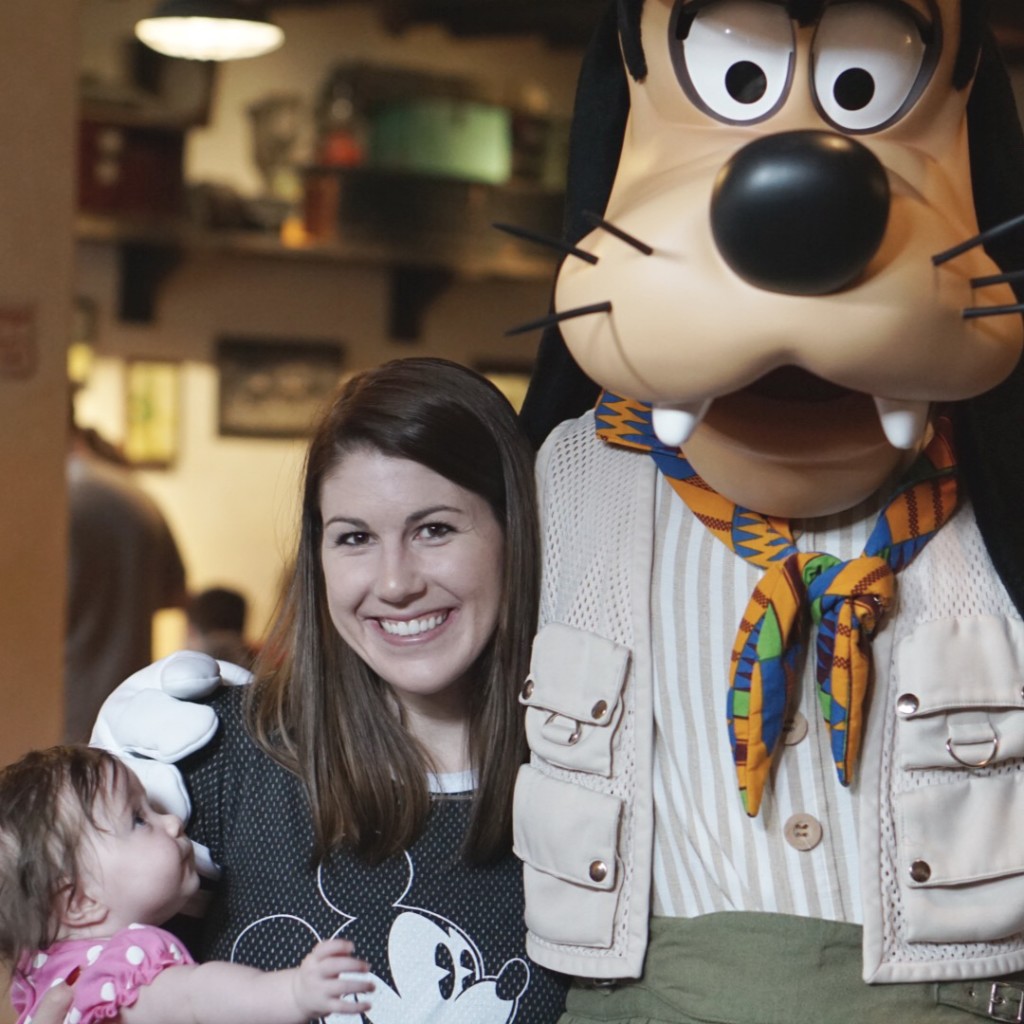 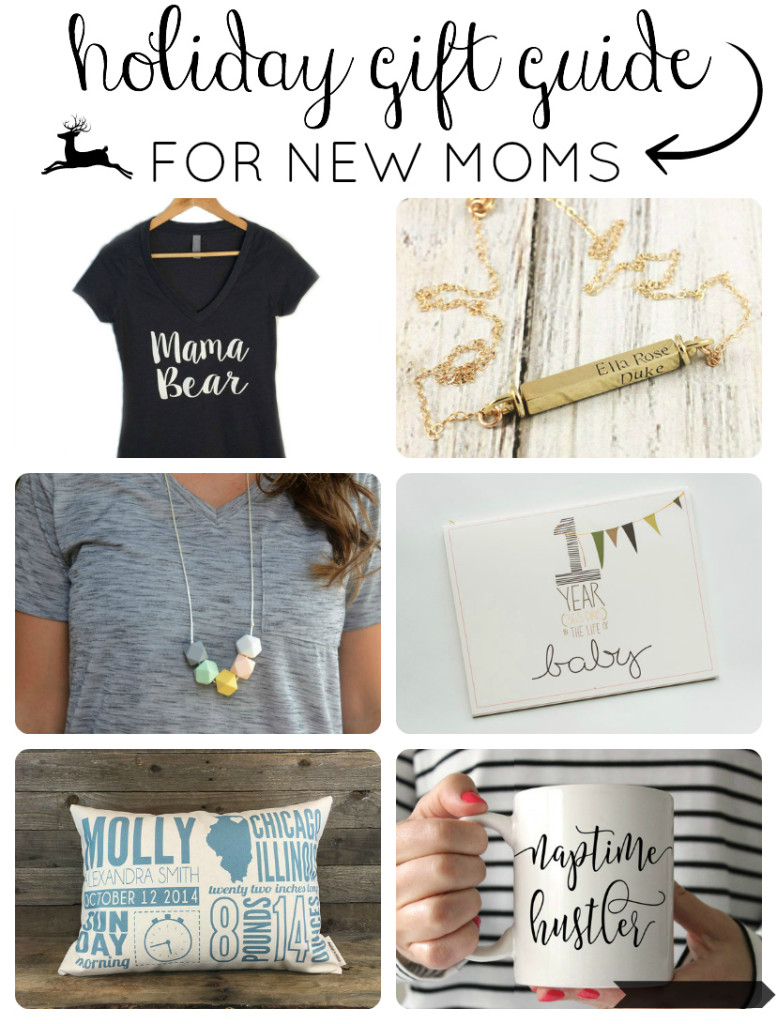 Can you believe it’s Christmas time- yay! My favorite time of the year! Christmas is a lot more than presents, but they sure do make the season fun. These are some of my favorite gifts for new moms. I have actually received a couple of these as gifts after having Gracie and they really are the greatest.

All of these cute mommy gifts can be found on Etsy. I just love Etsy + supporting small shops!

Mama Bear Shirt // How cute is this!? It looks so comfy, and I love the cursive font. I would totally rock this tee!

Mom bar necklace // My in-laws (+sissy in law) got me this beautiful necklace from WoobieBeans Etsy shop. It is stunning. I love this subtle way to show off my new motherhood! On two sides of mine it says mommy and on the other two it says Gracie. Too cute!

Silicone teething necklace // This is such a cute necklace that also doubles as a teether. I have one similar to this and it’s so fun to wear! Plus Gracie loves chewing on it. A new mama would love this gift.

Baby book calendar // Ah- I love this gift! My hubby got this for me after having Gracie. It’s such an easy way to keep track of anything Gracie related. And-the design is so cute! Blog post coming soon on how I use this!

Personalized baby pillow // I first saw this on one of my favorite instagrammer’s account. This is such a fun way to remember those important stats from baby’s birth. The design is fun + perfect for the rocking chair in the nursery!

Fun coffee mug // How awesome is this mug. Seriously, as a mom, nap time is hustle time. Once baby is asleep it’s time to eat, fold that enormous pile of laundry, catch up on news, or finally have that cup of coffee you’ve been thinking about. 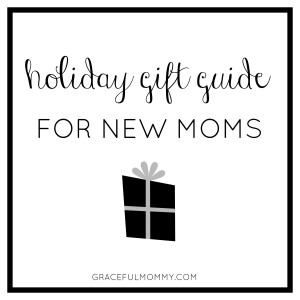 What was your favorite gift you received as a new mama? 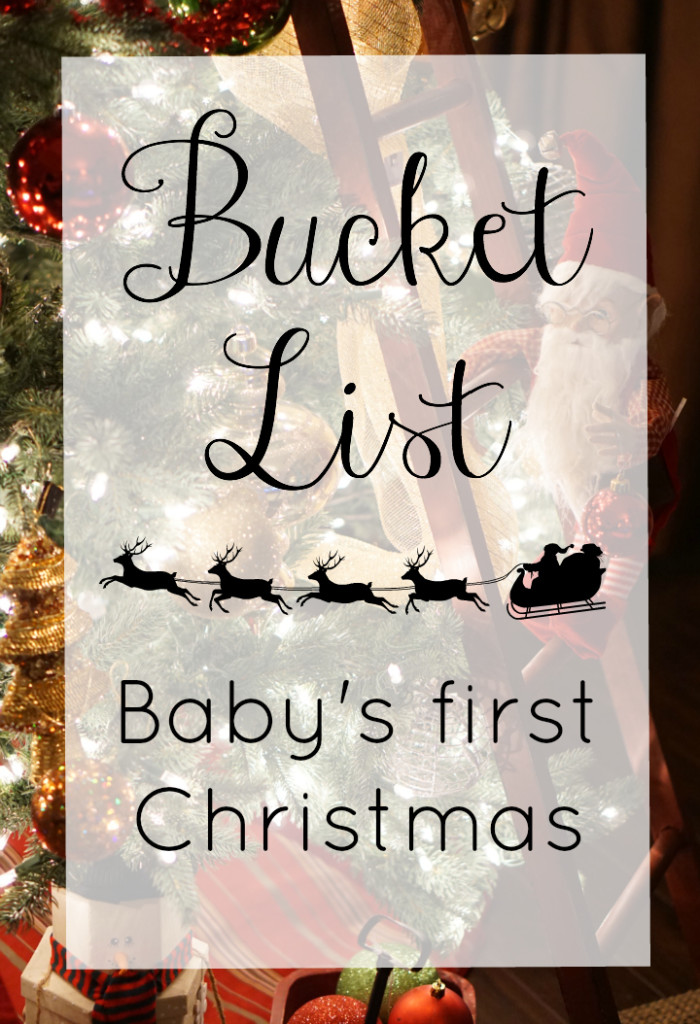 There is something so cozy and warm about traditions. Growing up, my family always did certain things every year. As a kid, you rely on these traditions and you look forward to them each year. Traditions are comforting. Some of my best memories come from times when we did certain traditions. Each year, we went to this giant christmas tree farm to pick out our tree. We also always made christmas cookies (the same recipes). My Auntie Shar would read the same christmas book each year to my cousin Rachel and I while we sipped hot chocolate with marshmallows. Ah… memories!

As important it is to actually DO all the things, it’s equally important to capture these moments on video! I am such an advocate of videoing important family moments. I feel like this is the BEST WAY to capture those tiny personalities and hold them safe forever. My IPHONE VIDEO COURSE is the perfect way to learn how to take amazing videos with JUST your iPhone! Check it out, here!

Gracie is already 5 months old and we’ve started doing some activities with her that we know will slowly become traditions that we do every year. This year, we took her to a pumpkin patch, went trick-or-treating, and watched the Macy’s Day Parade together. I want to make sure Gracie’s first Christmas is full of new and old traditions. Some of these activities are things that my parents did with me as a kid. Some of them are brand new – but I would love to start doing them each year.

This bucket list is full of fun ideas for Christmas time! We’re going to try to do all of them! I’m sure we won’t end up doing all of these things each year, but I know some of these activities will become traditions. 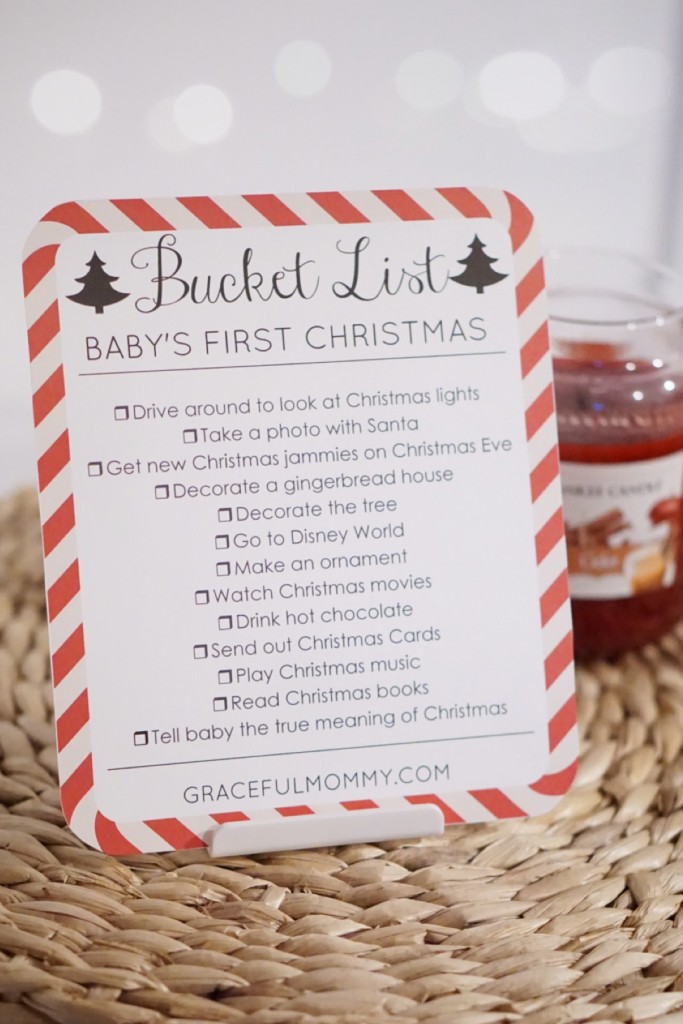 Drive around to look at Christmas Lights // This is so fun! We actually have this drive through light show near us that we want to take Gracie to!

Take a photo with Santa // I can’t wait to see the look on Gracie’s face when she sees santa! Bringing the professional camera FOR SURE.

Get new Christmas jammies on Christmas Eve // This is one of those traditions that we did growing up. We always got jammies to wear for christmas eve. Every year- even still!!!

Decorate a gingerbread house // I never did this one growing up- but it’s something I want to start with Gracie!

Decorate the tree // DUH! We gotta do this! I bet babies think Christmas lights are like the coolest thing ever.

Go to Disney World to see the decorations + lights // Were actually going in 11 days! Stay tuned for lots of pics.

Make an ornament // We are going to make a few this year since it’s Gracie’s first Christmas!

Drink hot chocolate // Yum! Plus this always reminds me of my Auntie Shar.

Send out Christmas Cards // Gotta get these done, ASAP!

Tell Gracie the true meaning of Christmas // All of the lights, presents, and decorations are nothing compared to the amazing story of the birth of Jesus. This is the time to celebrate our King’s birthday + to appreciate all He has done and will do. 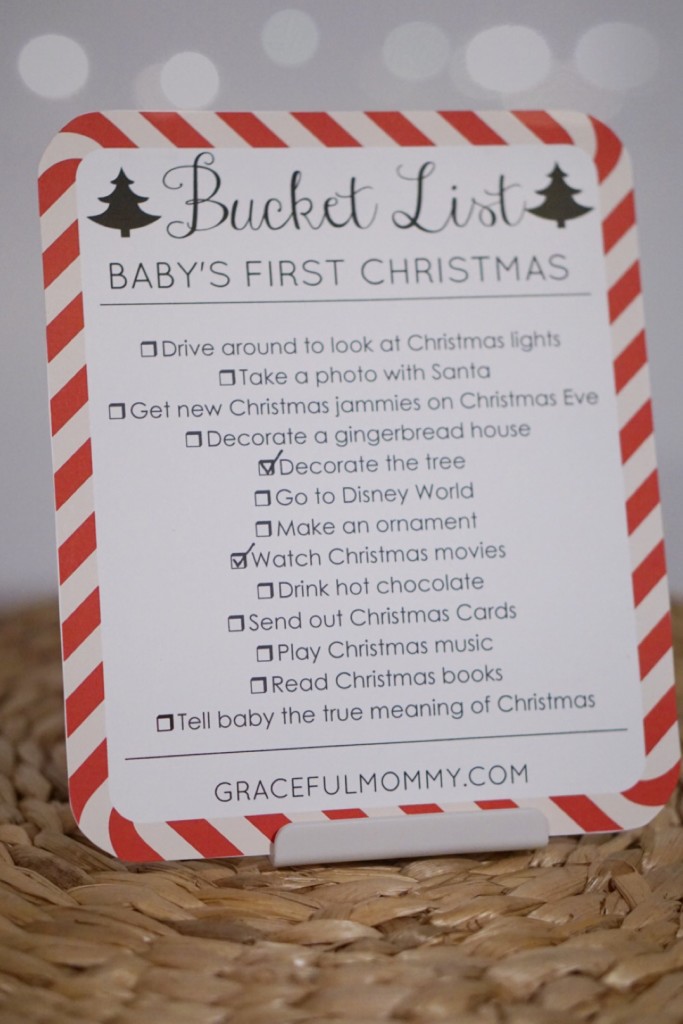 I know Gracie is only 5 months old…and can’t really do any of this (haha!!!). But, I want to start these traditions on her first Christmas, because I know it sets the stage for many years to come. Plus- these are things that I like to do each year anyways! Like I said… I am a fan of traditions. 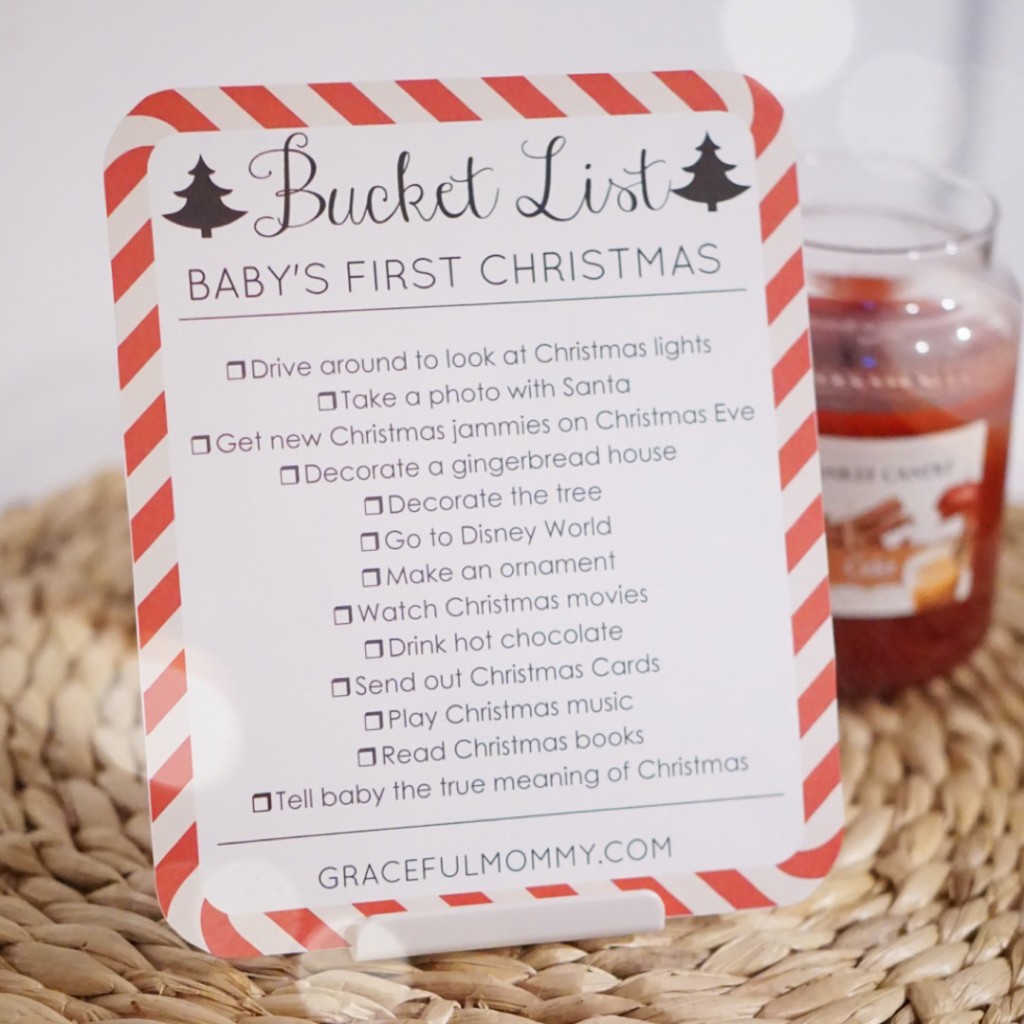 I am such an advocate of videoing important family moments. I feel like this is the BEST WAY to capture those tiny personalities and hold them safe forever. My IPHONE VIDEO COURSE is the perfect way to learn how to take amazing videos with JUST your iPhone! Check it out, here!