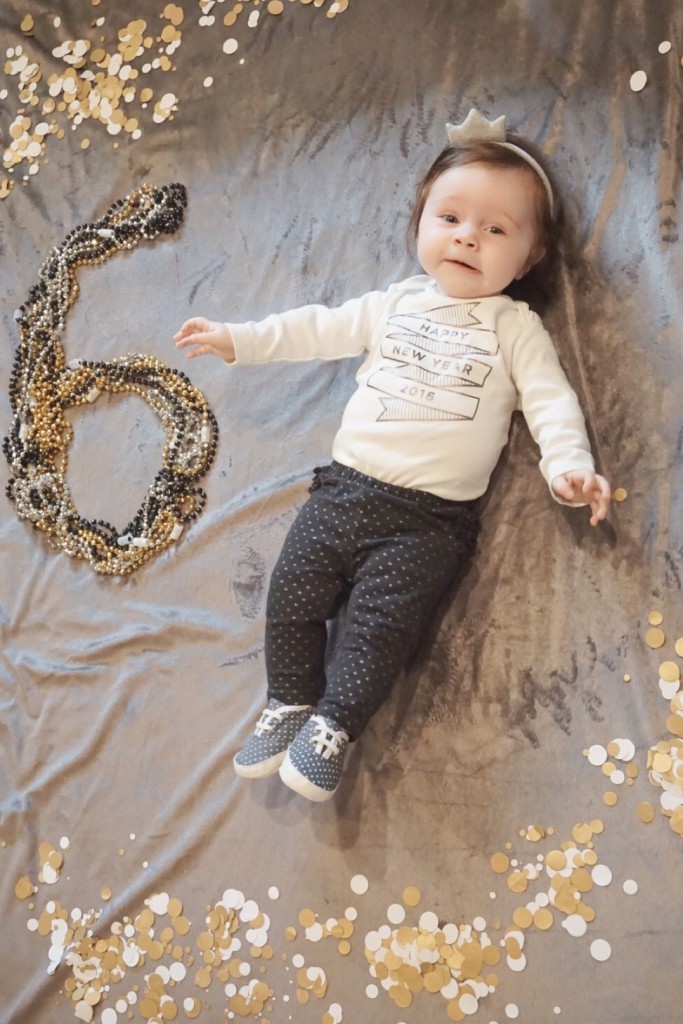 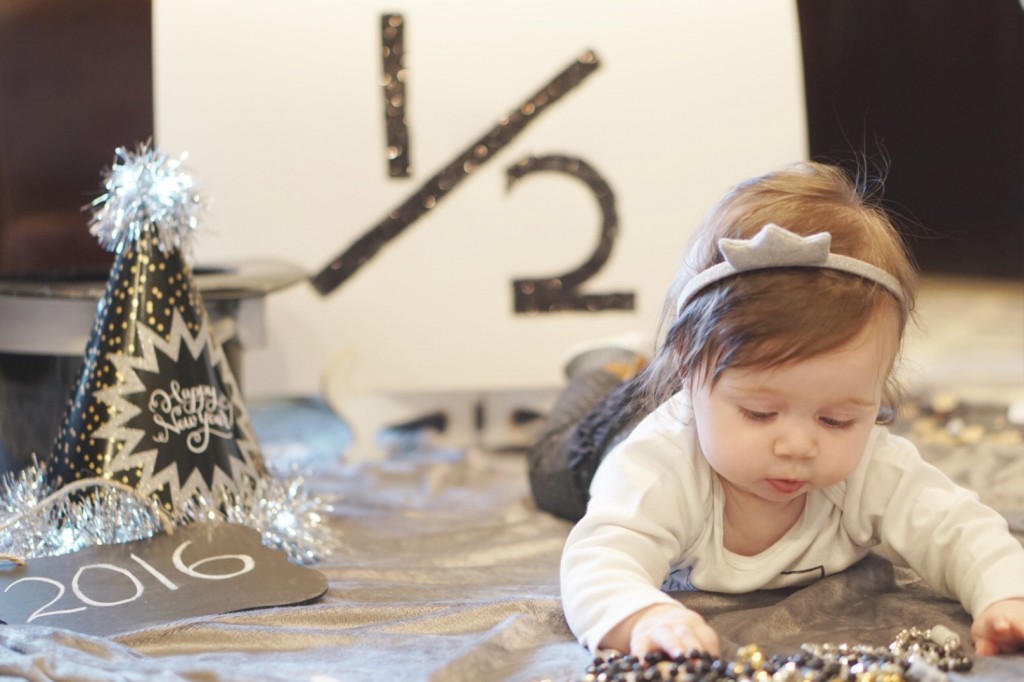 Gracie is half a year old! WOW. That’s just crazy to write. Time is going faster and faster! I’m falling more in love with Gracie each day. She is getting such a little personality and I love it! It’s crazy how much life can change in 6 months. Here’s what Gracie has been up to! 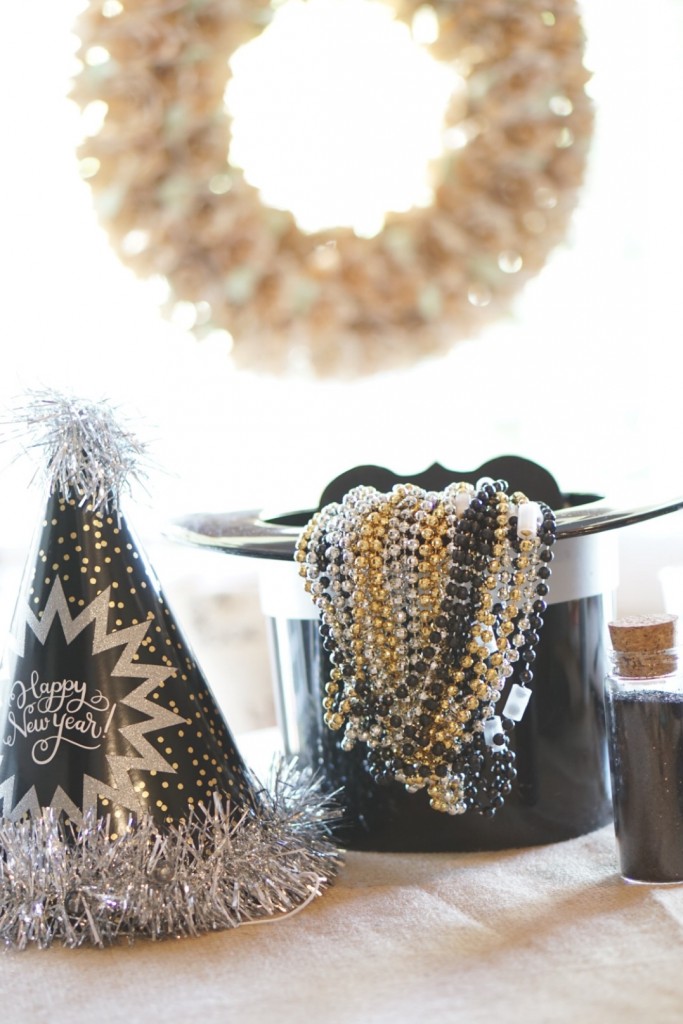 Gracie’s doctor visit is TOMORROW. So I will update this when we know how tall/heavy she is! I think she has really grown a lot since last month, but we will see! 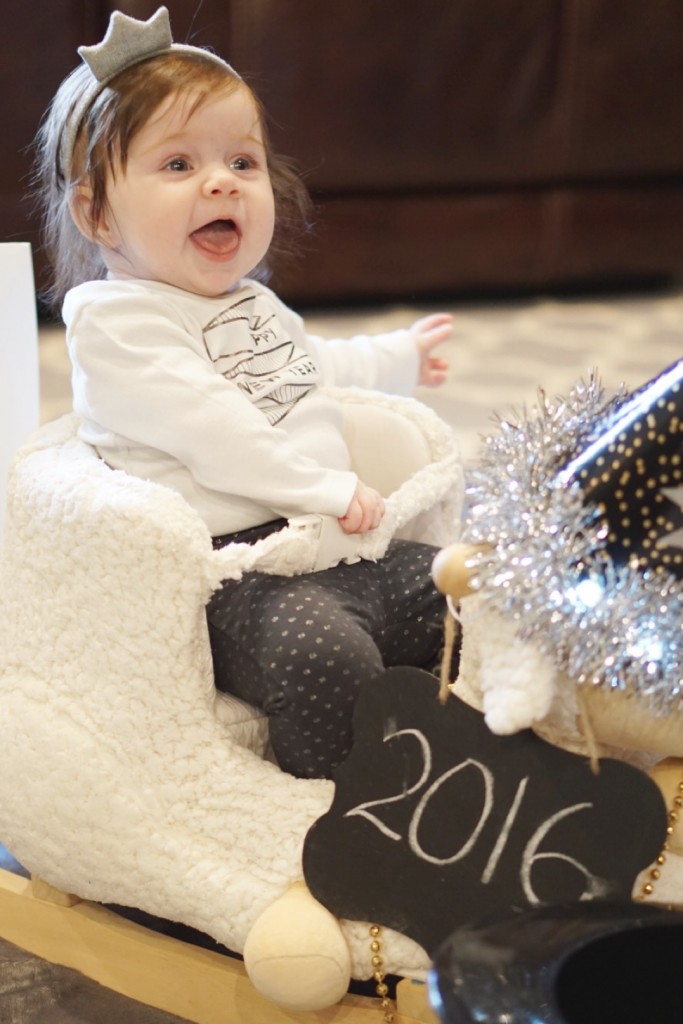 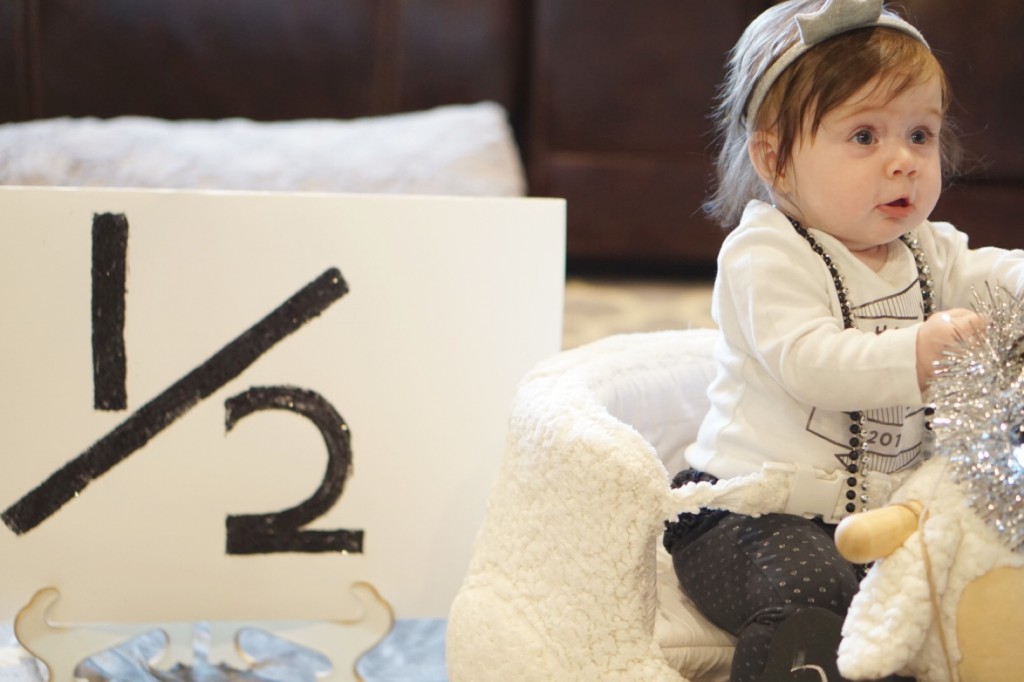 Up until this point, Gracie has not been on a strict schedule. I have been kind of carefree and laid back when it comes to a schedule. I sort of just watched Gracie and if she seemed tired, I would rock her to sleep. I fed her when she was hungry. I loved it! However, I think it’s starting to backfire a bit. I think babies crave a schedule, just like adults. Gracie has been getting harder to put to sleep at night and does not stay asleep for long. So, I’ve decided to start putting her on more of a schedule.  I just started… so I will keep you posted on how she does! I literally made this schedule, printed it out, and hung it on the wall. Have you ever seen SuperNanny? She tells all of her families to write the schedule out, hang it up, and stick to it. I know it’s just a guideline, but it makes me feel a little better having something to go off of. 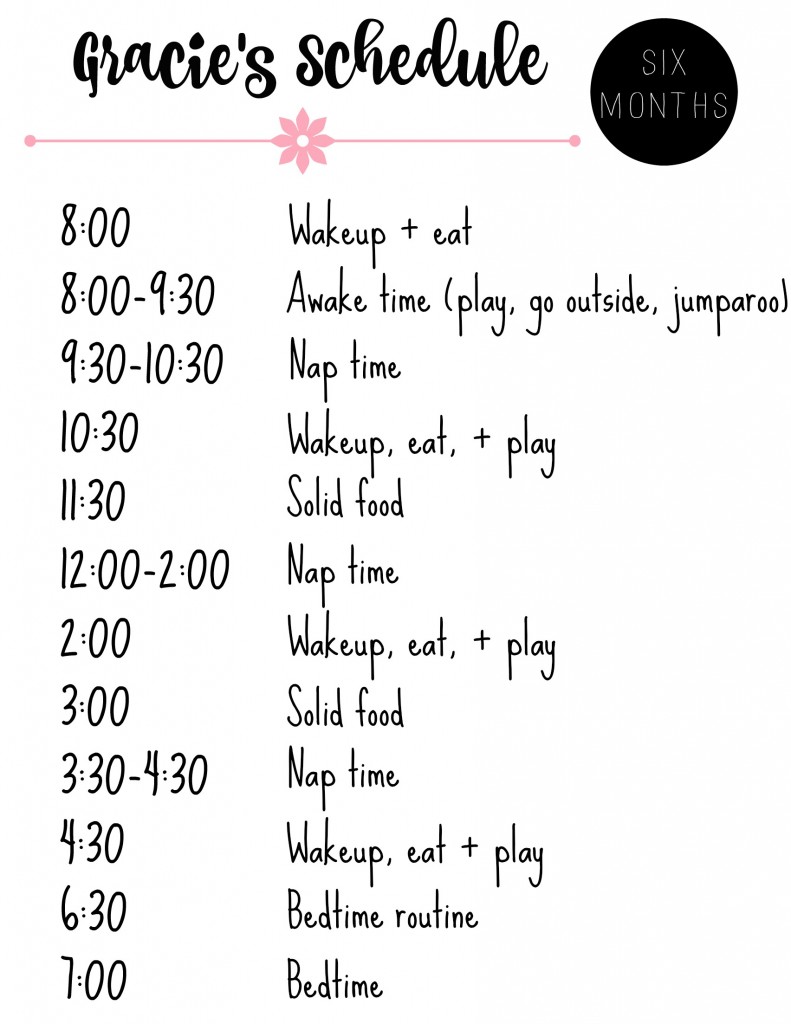 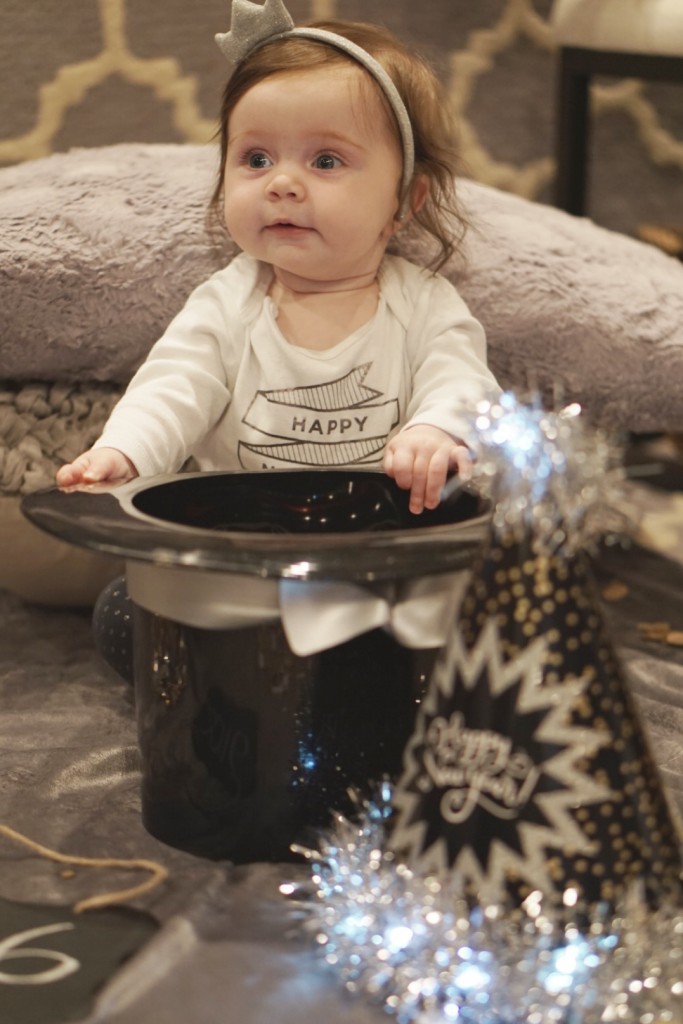 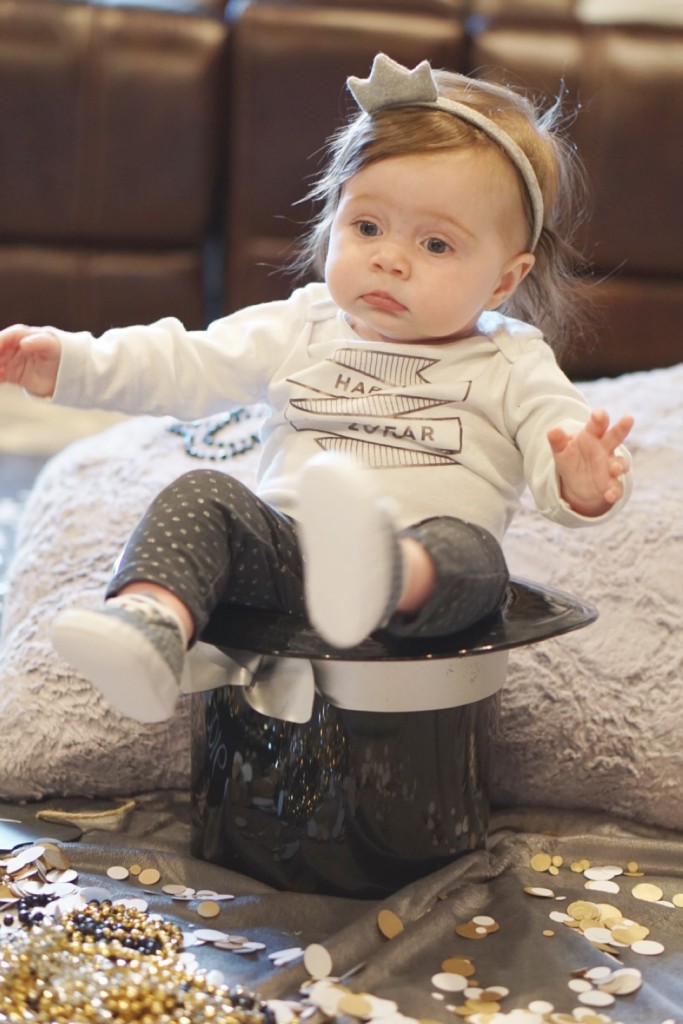 Like I mentioned before, Gracie’s sleep has started to change a bit. She still takes 3 naps during the day. Her naps are great. It’s the nighttime sleep that we’ve been working on! She’s not a terrible sleeper, but she does wake up many times at night. Usually, I just nurse her and she falls back asleep. I on the other hand, have a harder time falling back asleep. So, it’s getting a little exhausting for mommy! Also, I want to avoid creating bad habits if possible. Teaching Gracie to fall asleep on her own is a huge skill that I want her to learn! I reached out to my momma friends on Facebook and got some amazing responses. Basically, most people say that a schedule worked for their baby. Lots of people mentioned Babywise. That’s why I started a more strict schedule with Gracie girl. Hopefully this will teach her some good sleep habits and mayyyyyybe she will sleep longer at night! Things were working on: having Gracie fall asleep on her own (without mommy rocking), less nursing at night, + sleeping in the crib the whole night)! 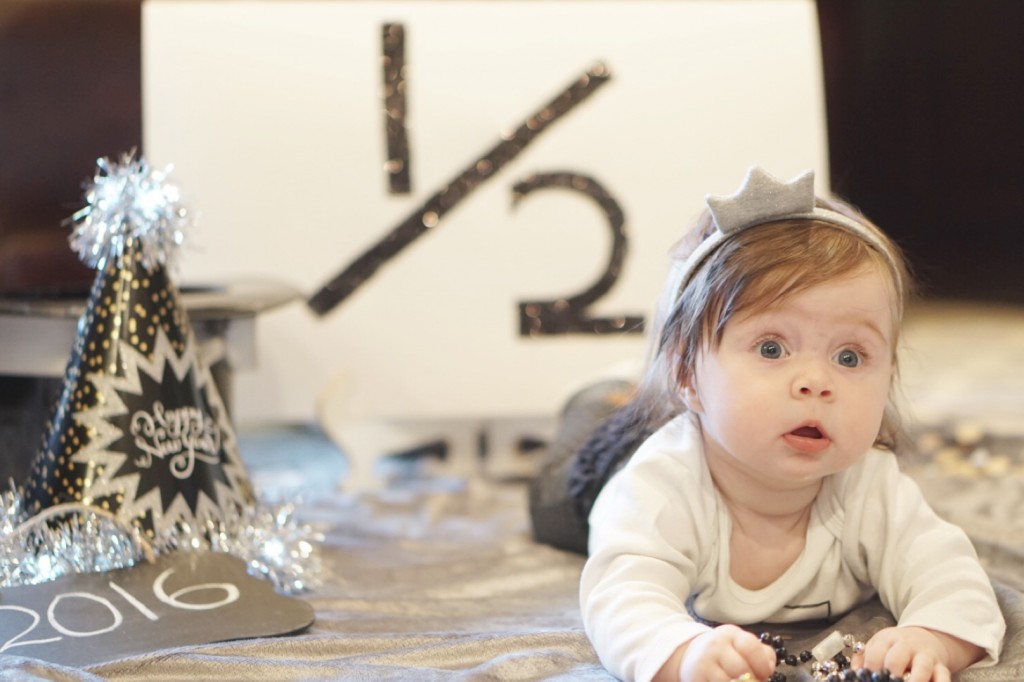 Gracie has started SOLIDS! We started about three weeks ago. Her first food was bananas! At first, she wasn’t too sure. She kept making faces like she was eating a lemon! It was hilarious. After a few days of bananas, I think she started to like them more! We’ve also given her avocados, sweet potatoes, and apples. Every time I give her a new food, I do that food for 2-3 days to make sure she’s not allergic. After she ate avocados she did get a rash on her back… so I stopped feeding her those. But, I am not convinced she is allergic yet. I’m going to try again later! I think Gracie’s favorite food so far is apple + banana mix! 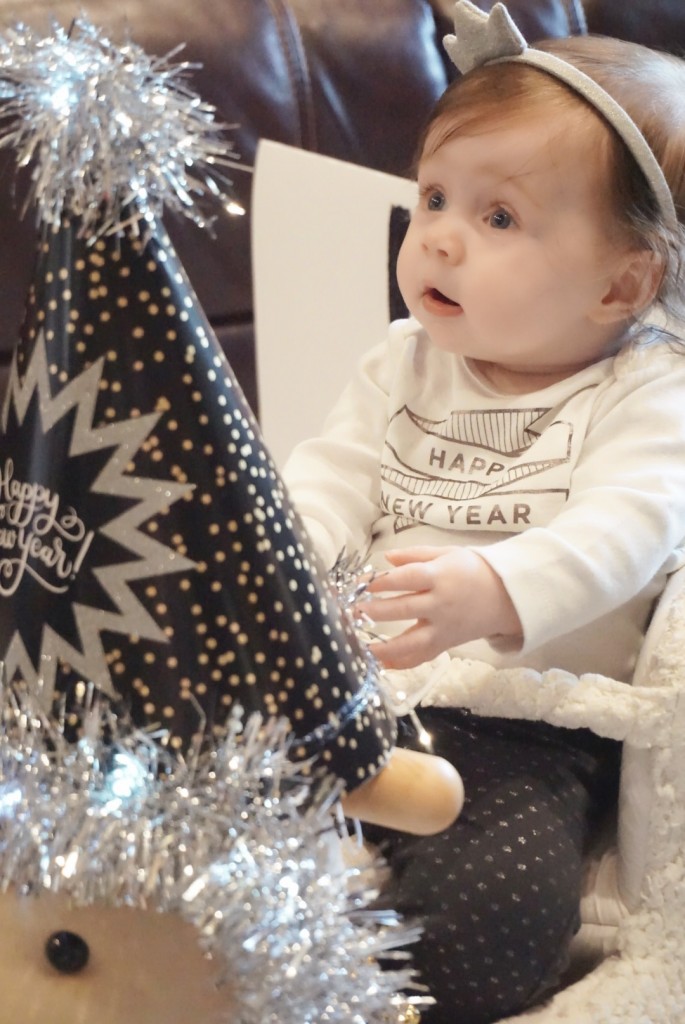 I’ve been making all of Gracie’s baby food! It’s surprisingly easy and takes only a few minutes. We have the Baby Brezza which steams the food then blends it all in one step. It’s actually awesome. I’m loving it so far. I’ll have to do a post about it soon!

As far as breastfeeding goes- we’re still going! I’ve been slowly transitioning Gracie to nurse every three hours instead of two. Sometimes it’s more like two and a half hours. Anyways, it’s going good still! From what I’ve read… baby is supposed to get most of her nutrition from breastmilk, not solids at this point. So, I’m mainly nursing with a tiny bit of solids. 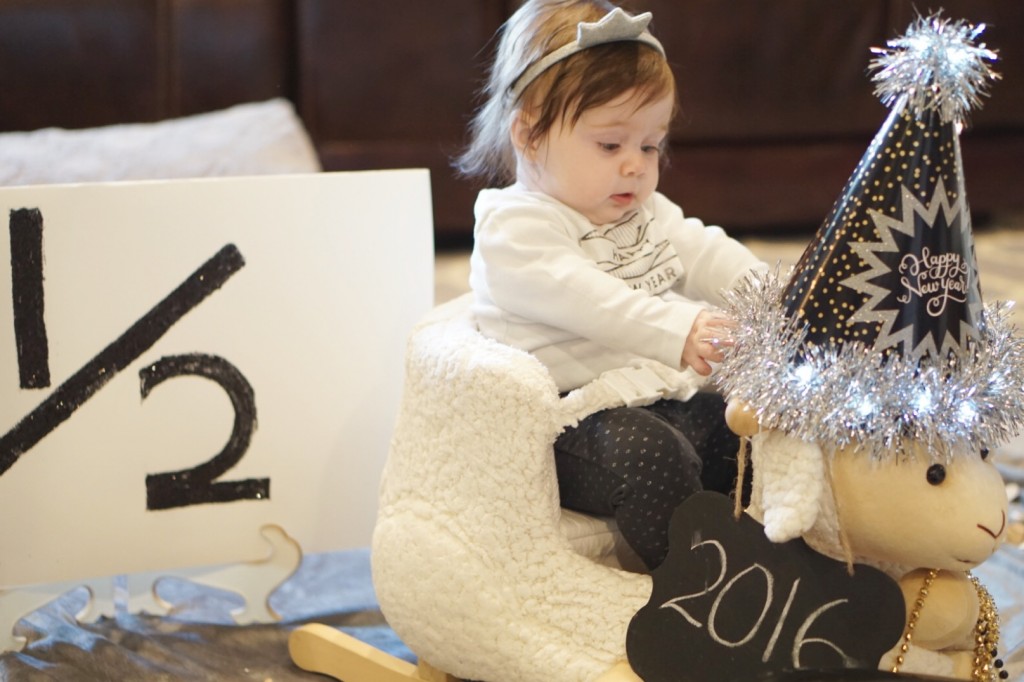 Gracie is wearing size 6 month clothes! Gracie got TONS of clothes for Christmas! So many cute outfits! 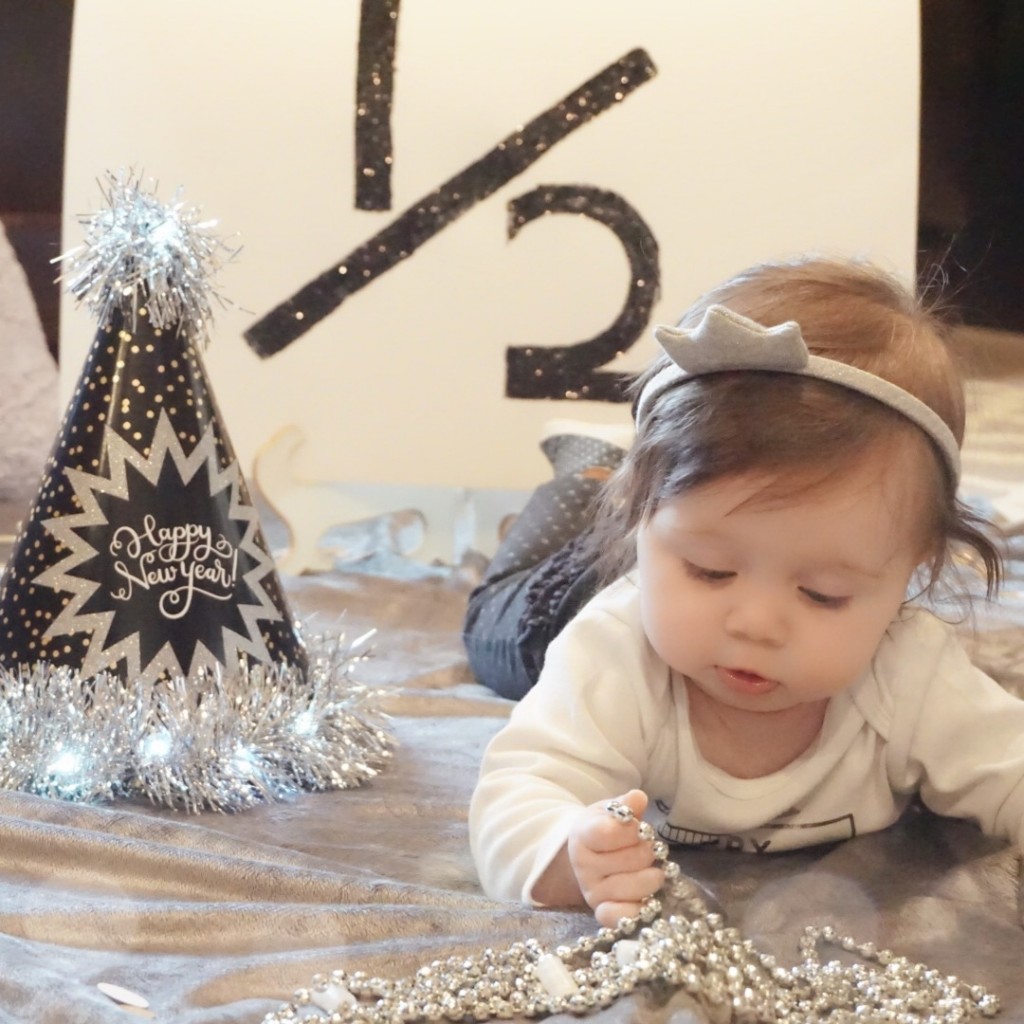 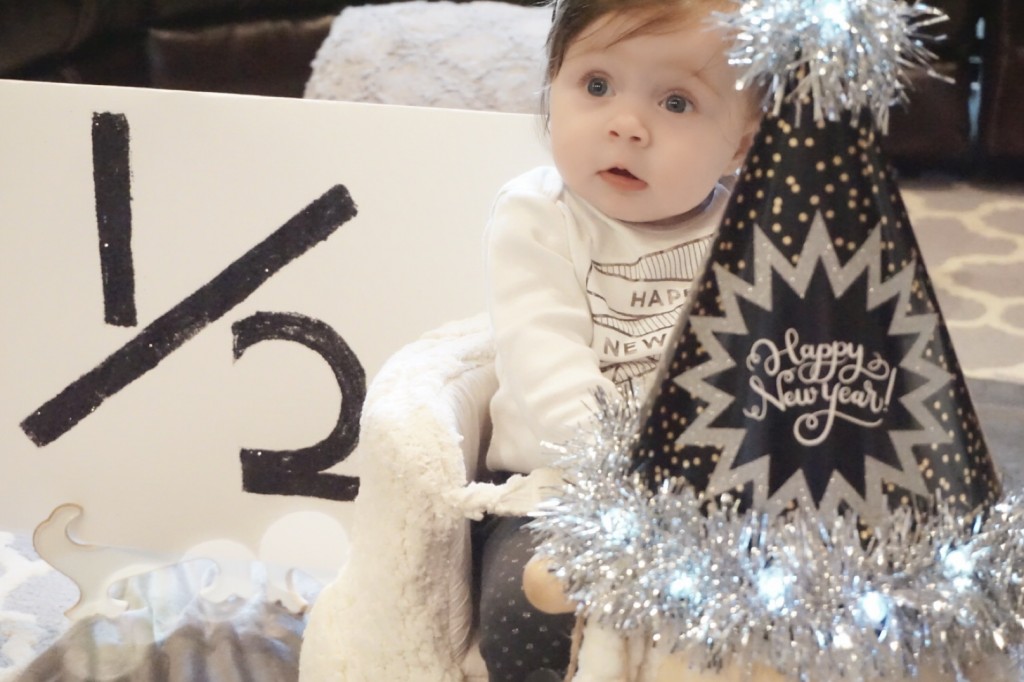 I feel like it’s been a big month! Like I said earlier, Gracie started solids! That’s huge! Gracie also sits up pretty much on her own. She can last now for a while by herself, but then topples over. She’s really getting the hang of it though. This month she also figured out her jumparoo. She loves jumping in that. She also had her FIRST CHRISTMAS! Next month I hope I can say “Gracie sleeps through the night now!” LOL!!! 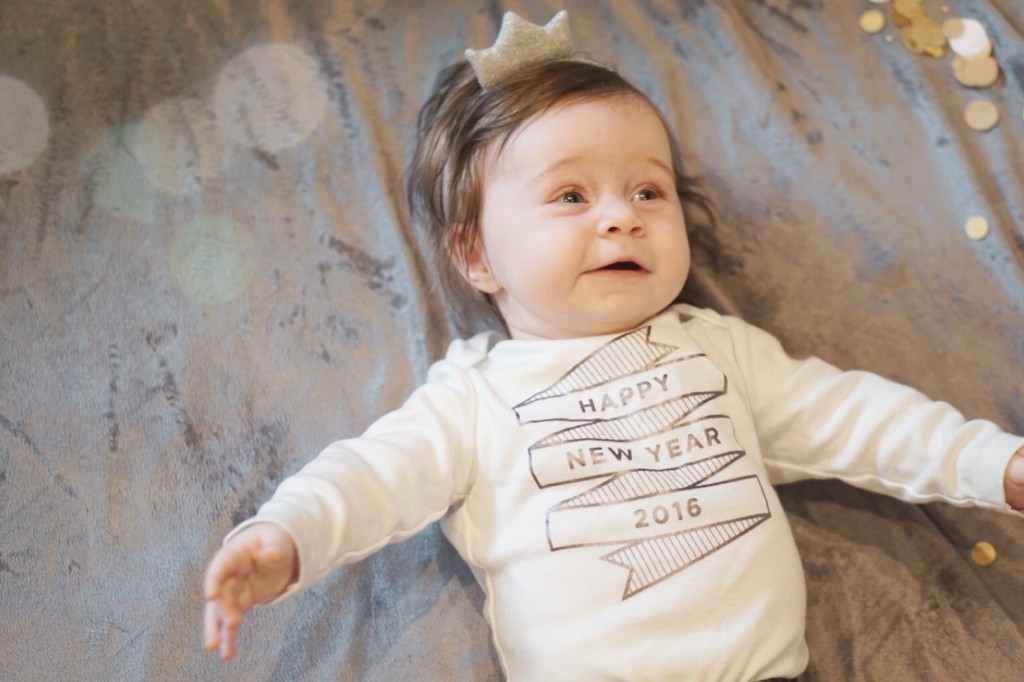 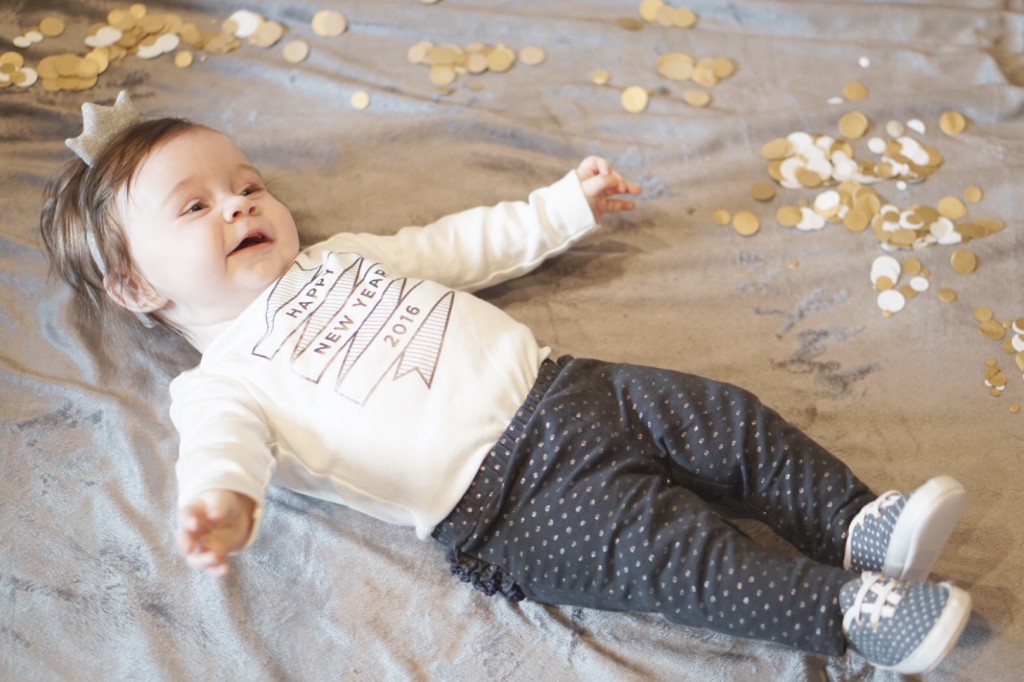 I feel so LUCKY + BLESSED to be Gracie’s mommy. She’s seriously so amazing, fun, cute, special, and adorable. She makes each day so fun. I’m still loving being a stay at home momma. I love seeing her grow, learn, and change every day.

Sure, I may be exhausted from lack of sleep. But would I change anything? NO WAY. I love Gracie so much- even when she wakes up all night. She will never be this little again, so I’m trying to savor each and every moment and take it all in. At times when I feel frustrated or tired, I remind myself that I wanted a baby more than anything and went through SO MUCH to get Gracie. It’s all worth it. Everything. 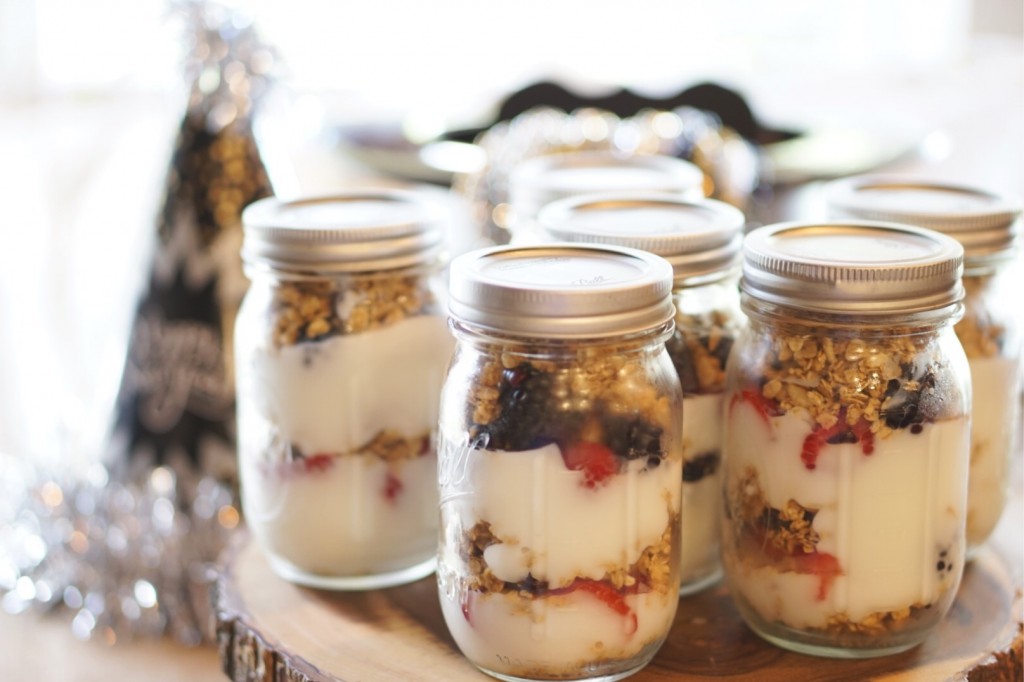 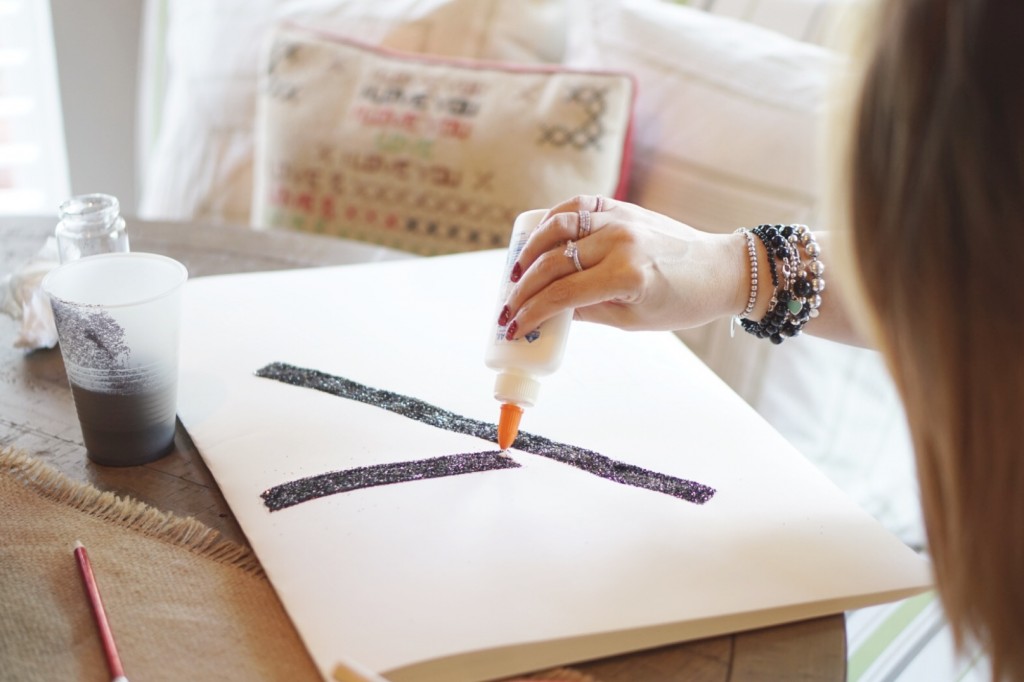 Happy 6 months Gracie! You are half a year old!!! 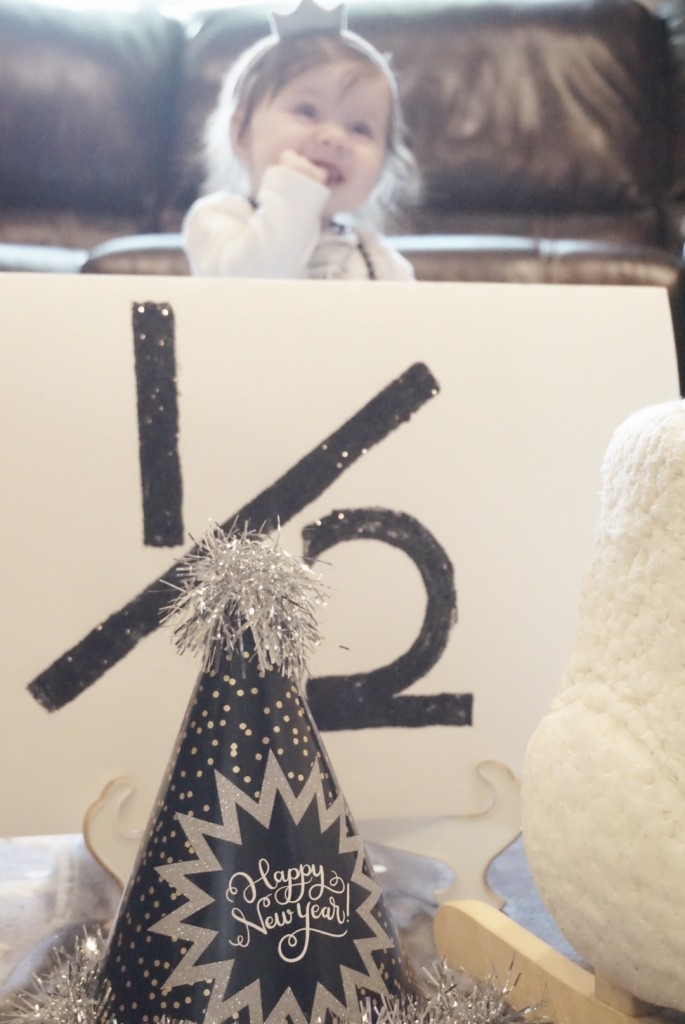 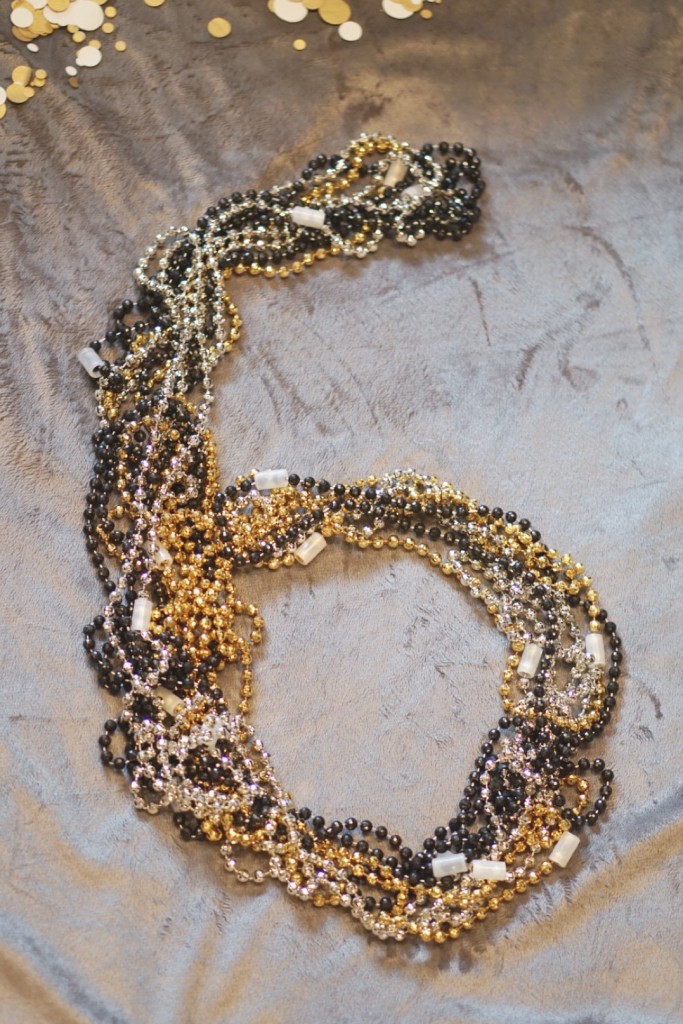